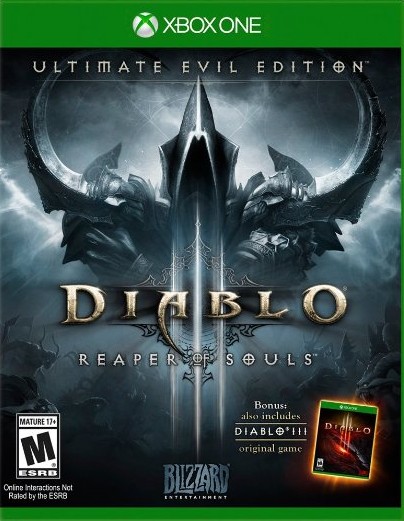 Diablo III: Ultimate Evil Edition will be released in full 1080p resolution on both the PlayStation 4 and Xbox One consoles, according to a report by the San Jose Mercury News. This is a boost from the 900p resolution that was originally specified for the Xbox One version of the game. That was detailed in recent press promotion for the upcoming game, that also provides new video of the game being controlled via the PlayStation Vita.

There have been issues with many games released on both the Xbox One and PlayStation 4, where the Xbox One version could not meet the same resolution as the PS4. The Ultimate Evil Edition producers stated in June that while both consoles would play the game at a solid 60 fps, the PlayStation 4 would run it at 1080p, while the Xbox One would be limited to 900p resolution. Microsoft changed the development requirements for the Xbox One, which freed up graphics resources. In July the Diablo III console team was talking to Microsoft about pushing the Xbox One edition beyond 900p resolution.

A recent article and chat with the developers notes that the Ultimate Evil Edition will indeed run at 60 fps on 1080p, on both the Xbox One and PlayStation 4. Those two consoles will run the game with the same levels of graphical performance.

A report from vg247 also involved playing the PS4 version of the Ultimate Evil Edition. Here is a video of that experience, that shows two players running through Act V. Halfway through the video, a third player joins in the local multiplayer game, being controlled with a PlayStation Vita instead of using a standard controller. This shows off a unique feature of the PS4 version of the game: it can be played using a PS Vita with Remote Play, or in place of a standard controller as part of a co-op game.