New editions of the presentations from the Diablo III development team 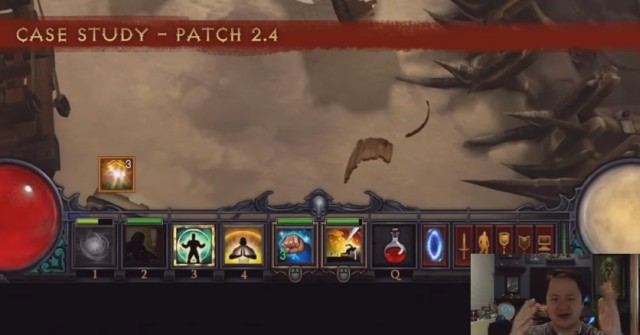 The Diablo team gave targeted "Lightning Talks" about a wide range of topics at BlizzCon 2015. Since those presentations weren't officially recorded at BlizzCon, new videos are being made for all to see. Check out the first two talks, covering the new area of Greyhollow Island, and improvements to the buff UI. The result of these efforts are coming soon in Patch 2.4.

Buffing the Buff User Interface
Developer Wyatt Cheng provides a deep look at the recent project to make it easier to see the Diablo III buffs that matter. This effort culminated in the tweaks to the interface that are coming in patch 2.4.

More video presentations of the Lightning Talks will be provided throughout the upcoming weeks in the official Diablo YouTube channel.