Plus details on a loot bug in the Uber Diablo fight, and a community roundup

There will be multiple changes to improve the durability of Diablo III pets in an upcoming patch, developer John Yang announced on Friday. The improvements include a clever way of scaling the damage that pets take from specific monster attacks. Other Blizzard Blues posts confirmed a bug that prevents Maghda in the Uber Diablo fight from dropping any loot, and a new community post roundup feature called The Waypoint.

Pet Durability Boost in Upcoming Patch
Pets in Diablo III come in many shapes and uses. Pets that can tank monsters are featured heavily for classes like Witch Doctors. Unfortunately those pets don't scale up in how much damage they can take, which is coming in sharp focus with the new Greater Rifts that increase in difficulty. Game designer John Yang took to the forums to address the issue, and the changes that are planned for a future Diablo III patch to boost the survivability of pets.
Post by Blizzard (Blue Tracker, Official Forum)
Hey everyone. We’re in the process of doing a review of Rift Guardian abilities and extremely damaging monster abilities in regards to the amount pets take. Our philosophy on pet survivability can be summed up as follows:

Pets should be roughly as survivable as the player. There’s a lot to this statement so let me clarify a bit:

To work towards the first goal, Pets should take reduced damage based on how avoidable the monster attack normally is for a player. This is done instead of giving pets AI to run away from damaging attacks, which would cause them to lose out on DPS time. These monster attacks exist in a spectrum but roughly fall into 3 categories:

We’re not at our goal yet but are actively working towards it. Though the vast majority of monsters abilities in the game already follow these guidelines, we’ve identified a number of monsters abilities (e.g. Mallet Lord’s arm attack and some others mentioned in this thread and elsewhere) which don’t, and we will be addressing them in a future patch.

Loot Bug in Uber Diablo Fight with Maghda
A reddit report by user Tyrlith was confirmed as a current bug, that players should be aware of in the Uber Diablo fight. If Maghda is summoned during the fight and is killed last, normally she should drop the loot for the fight. However if she is killed by a Crusader using a Lord Commander pet spec with Phalanx, and the pets get the killing blow, she will not drop anything. Nevalistis confirmed that it is a bug that the Diablo III quality assurance team is investigating. For now, Crusaders should be careful which spec they decide to use when farming organs in that Infernal Machine fight. For more details check out the report.

Torment Difficulty for Greater Rifts
Grimiku put out a good reminder for players just starting to jump into Greater Rifts - that is available on Torment I difficulty or above. While normal Nephalem Rifts can be completed at any difficulty level, the trial key needed to start a Greater Rift won't drop in lower difficulties.
Post by Blizzard (Blue Tracker, Official Forum)
Posted by: Oatz09/12/2014 02:52 PM

I am on a season character so I was doing master level rifts and now on torment 1 rifts.

You'll need to be in Torment difficulty in order to have a chance to find a Greater Rift Trial Key. Each level of difficulty beyond Torment I will give you a greater chance of finding a key, too.

Read on for the first edition of the new The Waypoint community post roundup.

While there's no question that slaying hordes of demons and looting heaps of shiny trinkets from their desecrated corpses is a ton of fun, sharing and talking about these experiences with other players on our forums and elsewhere on the web can be equally as entertaining. Many of you go beyond just sharing experiences, though; you offer advice, provoke thoughtful debate, and sometimes cause us to laugh our Hammer Jammers off.

With so many different places to chat about Diablo online, though, it can be easy to miss some of these great conversations. So, to help you keep your finger on the pulse of the community, we've created The Waypoint!

Rather than try to cover every great topic that comes up in the Diablo community, we'll be highlighting a handful of engaging player discussions each week. Then, we'll open up the floor to you, so that you can share your thoughts in the comments below.

What discussions caught our eye over the past week? Let's find out!

What Legendary Gems Would You Create?

Gordon#1827 and Saidosha#1136 posed an interesting question on our official Diablo III forums: What type of Legendary Gem would you create if you could? We think this is not only a fun, creative exercise, but a great way to get valuable feedback on what kinds of Legendary Gems you’d like to see. 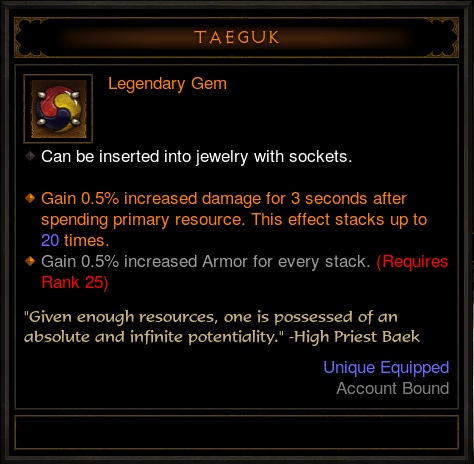 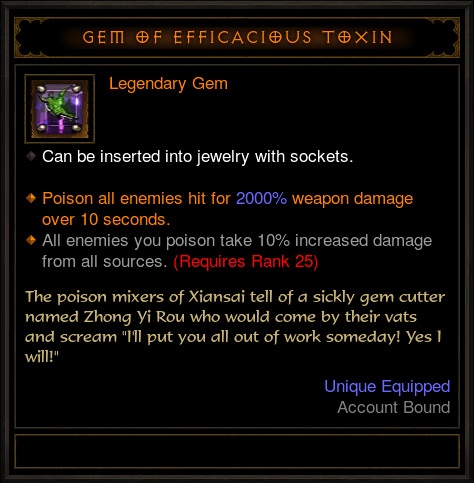 So, if you could create any type of Legendary Gem and add it to the game, what would it be?

A Quick Guide to Organ and Key Farming

If you've ever wanted a handy guide for farming keys and/or organs to craft a Hellfire Ring or Hellfire Amulet, /u/thelehmanlip of Reddit Diablo has you covered. His "Concise Key and Organ Guide" breaks down all the essentials, including where each Keywarden spawns, what keys said Keywardens drop, the realms accessed from each Infernal Machine, and which organ pieces come from which bosses when defeated.

Know of any other great Hellfire crafting guides? Share them in the comments below!

Speaking of the Hellfire Amulet, have you rolled a great one since patch 2.1.0 launched? That's what Redditor /u/podboi wants to know. Recently, he asked his fellow players to show off their best Hellfire Amulets (and has received some pretty amazing screenshots in response). 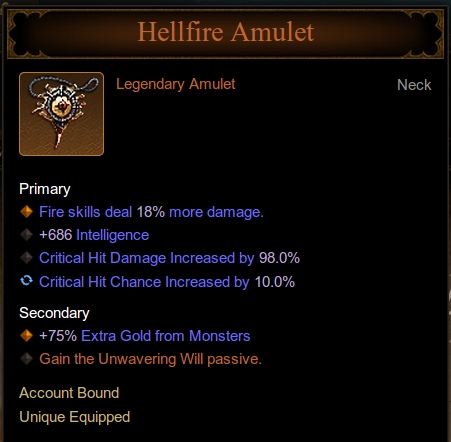 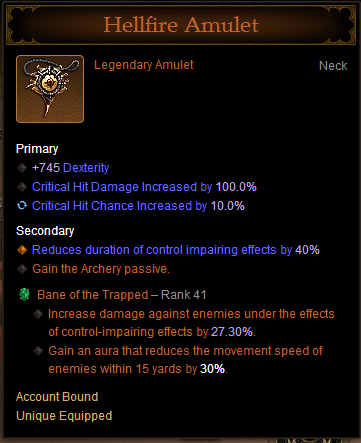 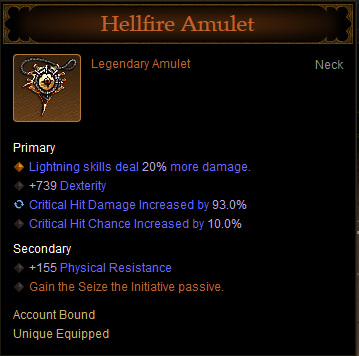 But what about you? What does your current best Hellfire Amulet look like?

Got an Idea for a New Community Buff?

Haeos#1932 and WarMonkey#1467 have encouraged players in the official forums to put on their thinking caps and share some ideas for future community buffs. Haeos has done a wonderful job of compiling previous suggestions for buffs people would like to see, while WarMonkey#1467 is provoking new conversation around holiday-themed buffs.

What are your three favorite ideas for new community buffs? Create your own, or show support for existing ideas included in the two threads above.

Explaining How Bane of the Trapped Works

In his helpful video "Bane of the Trapped Explained," YouTuber Meathead Mikhael explores what types of skills will trigger this Legendary Gem's effect, the other Legendary Gems that complement it well, and how it works in action. There have been a lot of questions on the forums about how these powerful new gems work, so this video guide is certainly appreciated.

Have you all seen other great guides on Legendary Gems? Which are the best?

We could easily fill up another column with our favorite discussions, but we’d rather hear what your favorites are instead.

Who helped you with a tough gearing question this week? Who posted a constructive thread, or collected a lot of cool info to share with everyone? Send us a link to a thread, article, tweet, or video that caught your attention (along a brief explanation of why you think it should be included in our next column) to tyvalir@blizzard.com!

That wraps up the inaugural Waypoint. We'll see you next week!