See the new /dance option for each of the classes 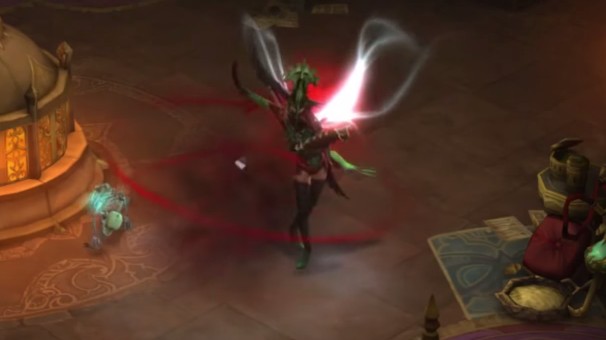 The many additions in Diablo III Patch 2.1 aren't all serious gameplay changes. While the Diablo III developers were adding new Legendary items and features like the Greater Rifts and Seasons, the animators have been busy whipping up some dances. A new /dance social command has been added, that causes a Diablo III character to break out in dance! Each class and gender their own variation, reminiscent of the variety seen for the race dances in Blizzard's World of Warcraft MMO. Here is one of the videos posted showing of each of the Diablo III classes dancing, both male and female.