Blizzard is showing off the upcoming console version of Diablo III 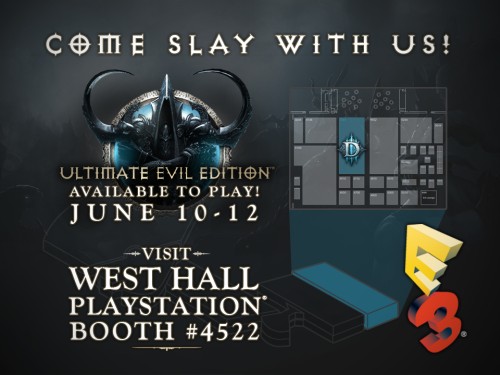 Blizzard will be showing off the upcoming console Diablo III: Ultimate Evil Edition at E3 this week. Although the company does not have their own booth at the show in the Los Angeles Convention Center, the game can be played by visiting Sony's PlayStation booth. More details are expected to be released at E3 about this new console edition of Diablo III.

It seems Diablo III game director Josh Mosqueira is at the show, as part of the Diablo III team's presence. He posted another teasing picture about "ladders", which are coming to the PC version of the game as part of Seasons in PC patch 2.1.


The console Diablo III: Ultimate Evil Edition will be released on August 19, 2014 for the PlayStation 3, PlayStation 4, Xbox 360, and Xbox One.
Recent News
Hot Topics