A look at the upcoming Diablo III Season, with new cosmetic rewards and no more Seasonal Legendaries 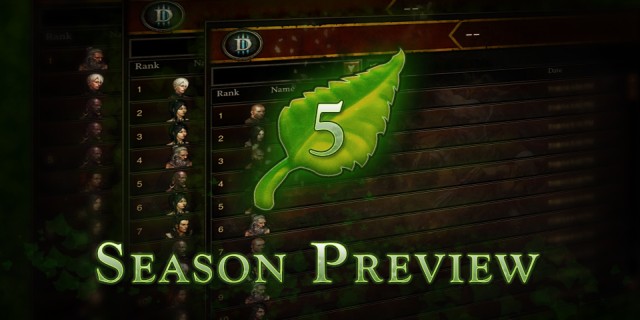 Season 4 is nearing the end, with just one week until it wraps up on December 30. After a break for a few weeks, which is when Patch 2.4 will go live. Season 5 will begin on January 15. The latest official preview details how the upcoming Season will be different from all the previous ones, including the new Season Rebirth feature, but without any Legendary items restricted to the Season.

Patch 2.4.0 is live on the PTR for testing and headed soon to live realms, stuffed to the brim with great new features for Diablo III. For our Seasonal heroes out there, weâ€™ve prepared this guide to Season 5 so you can roll right into a fresh start on day one.

Several changes are coming to Seasons with Season 5, including the removal of Season-exclusive Legendary Items, the introduction of new and varied rewards, and a whole new feature in the form of Season Rebirth. Letâ€™s check it out! 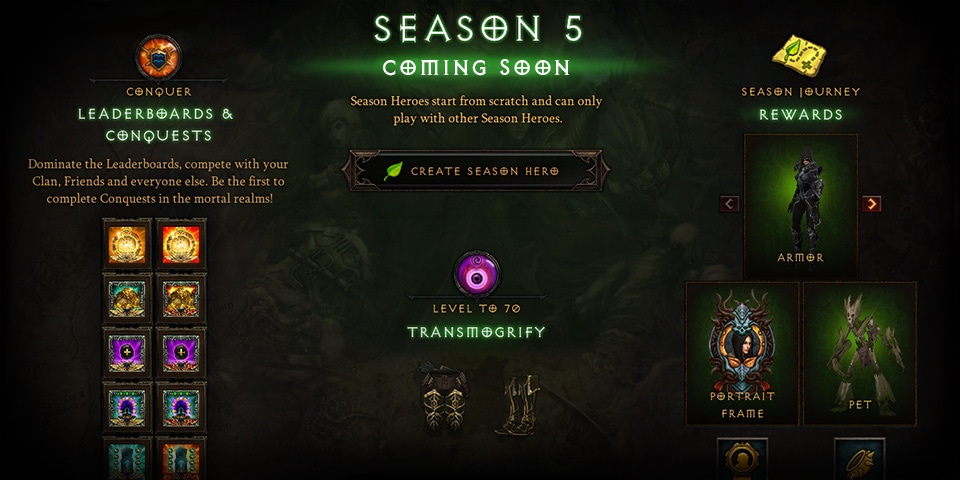 The Season Journey feature was introduced in Patch 2.3.0 for Season 4, and weâ€™ve made a few updates in time for Season 5 to begin. The first major change is a direct response to popular player feedback, as we have removed Seasonal Legendaries from the game. All new Legendaries included in Patch 2.4.0 will be made immediately available to be found by players regardless of Season participation.

However, we still want there to be item-based rewards as part of the Season experience. Weâ€™ve introduced Haedrigâ€™s Gift, a special bundle of Set items youâ€™ll receive on completion of certain stages of the Season Journey. Starting in Chapter 3, three of the objectives in the Season Journey will reward you one of these bags, each containing two pieces of one of your class sets. 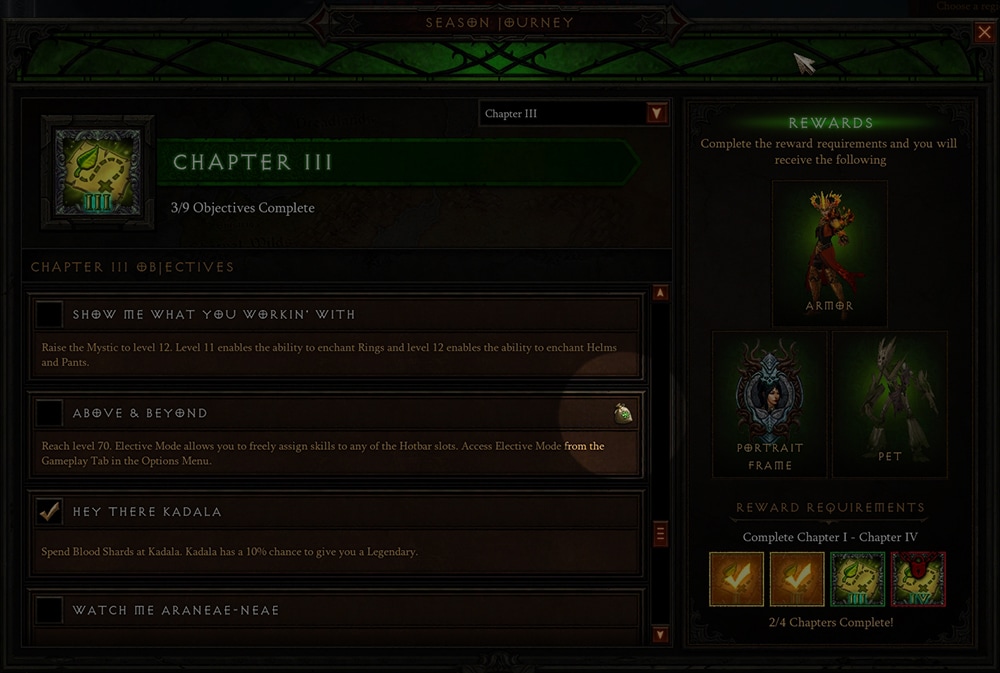 By the time you complete all of Chapter 4 of the Season Journey, you should be fully decked out in a full class set! Which set you receive will rotate with each Season and depends on which class of hero you open the gifts on. Each Haedrigâ€™s Gift will be mailed to you and can be retrieved by opening the in-game mail icon in the bottom left corner of the screen.

Be careful, though; each step of the Season Journey will only reward one Haedrigâ€™s Gift (for a total of three bags per Season/one full set of gear), regardless of how many characters you might play in a given Season. Make sure to claim these gifts on the character you want to receive their set!

The class sets offered in Season 5 are: 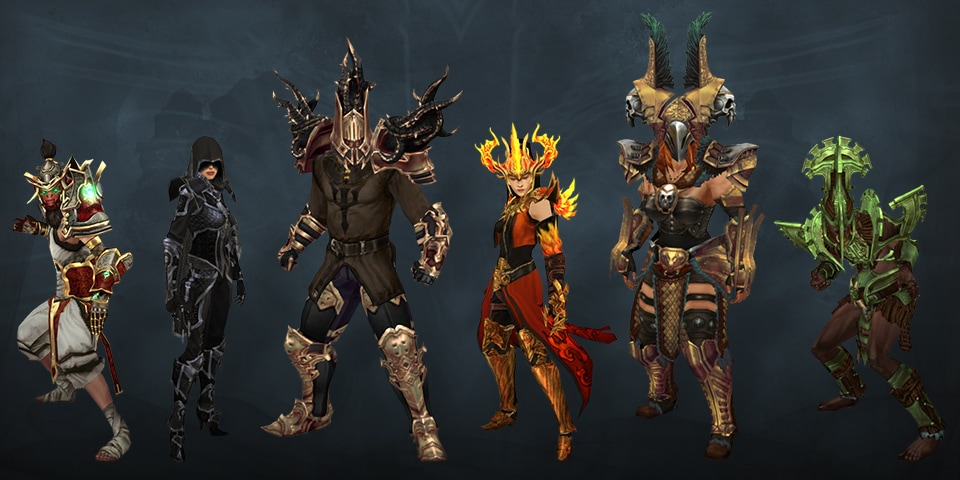 Conquests continue to be a staple of the Seasonal experience, and weâ€™ve updated some of our existing Conquests and added some new ones based on features included in Patch 2.4.0.

If youâ€™re looking for an entirely new challenge, you should try tackling the Masters of the Universe / Masters of Sets Conquest! Designed around the new Set Dungeon feature, this Conquest requires you to complete 8 different Set Dungeons of your choosing. 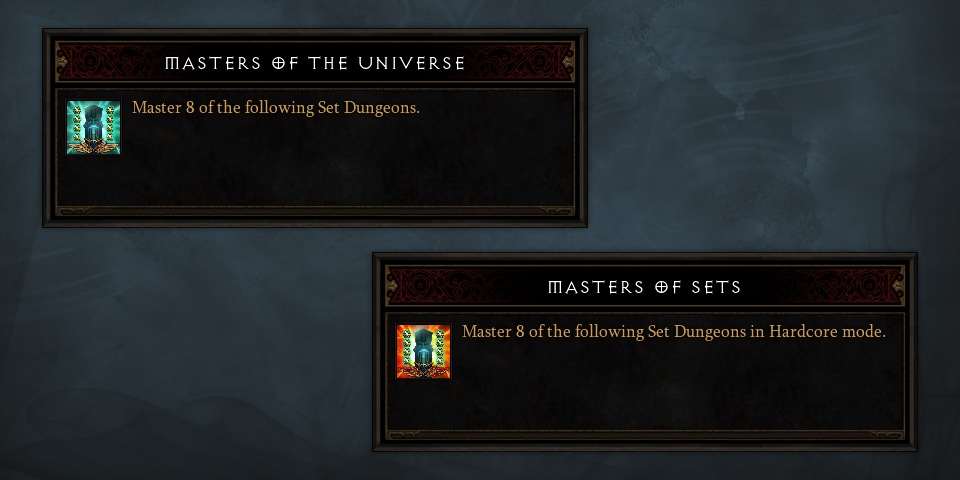 The Thrill / Super Human Conquests previously asked players to push the limits of their gear without equipping a class set. With the introduction of more powerful two-piece sets, weâ€™ve decided to up the ante on this challenge by tweaking the rules. In Season 5, youâ€™ll need to complete these Conquests without using a single set item. Save up those Ancients and well-rolled Legendariesâ€”youâ€™re going to need them! 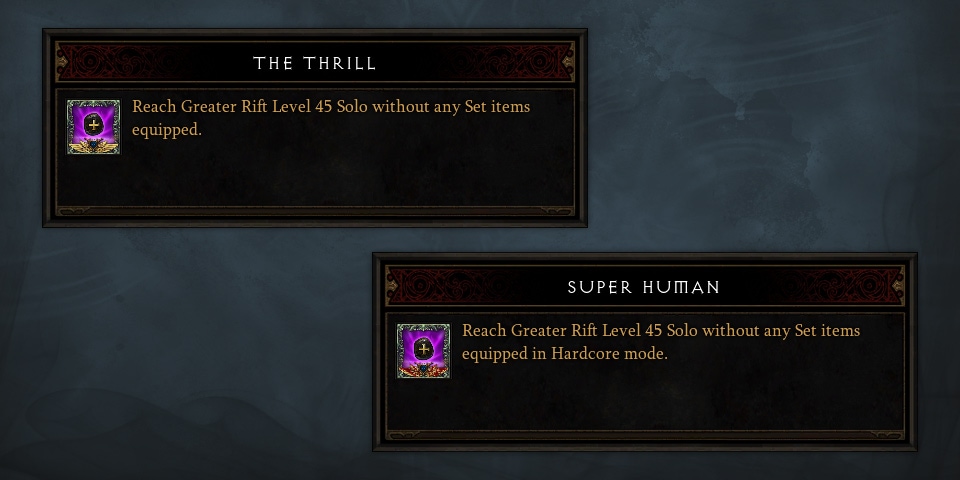 Weâ€™ll continue rotating through different challenging Conquests in Season 5, and you can expect to see the return of a few favorites. Sprinter / Speed Racer makes a triumphant return, as well as Avarice / Avaritia. Finally, Years of War / Dynasty has been updated for the latest levels of class power, now requiring Greater Rift Level 55 Solo to complete. 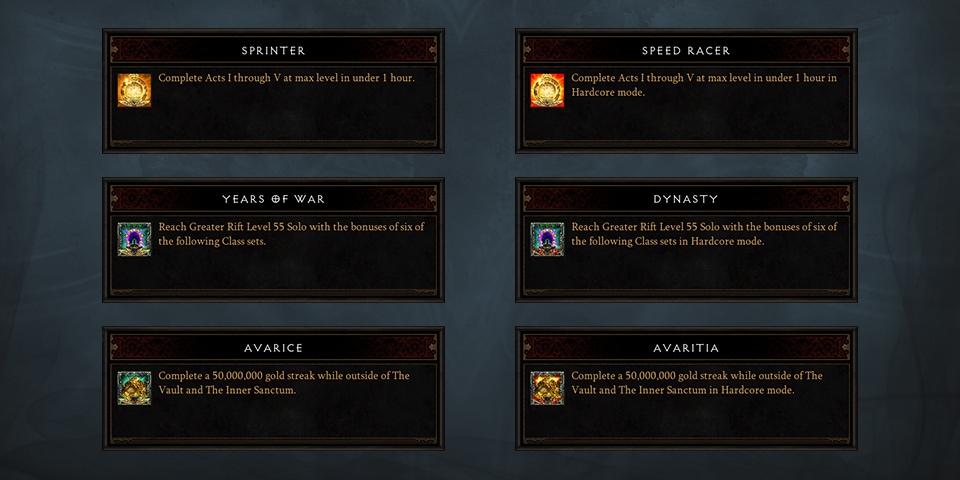 Starting with Season 5 and moving forward, we will provide a variety of cosmetic rewards, and what type of reward you will receive will rotate with each new Season.

In addition to the usual exclusive Portrait Frames and pieces of the Conquerorâ€™s Transmogrification set, you will also receive either a pair of wings, an exclusive pennant, or a non-combat pet. For Season 5, players who complete the fourth chapter of the Season Journey will receive the Wickerman pet. 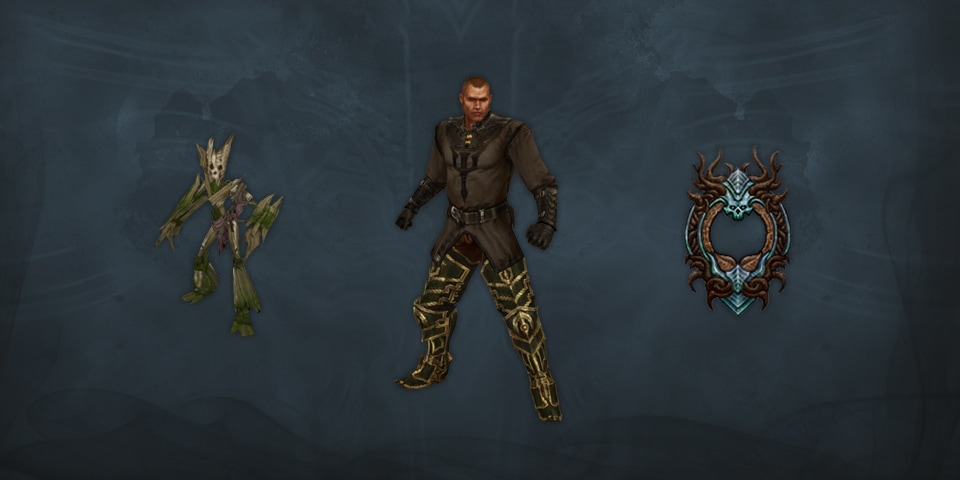 Last, but certainly not least, is the addition of a totally new Season-exclusive feature called the Season Rebirth. This allows you to take any non-Seasonal character you have and instantly transform them into a Seasonal character, ready to jump straight into the action on day one.

Any of the gear or items equipped on your character or in your inventory will be automatically stripped from the hero and mailed to your non-Seasonal characters, similar to the rollover process that occurs with your stash space when a Season ends. In addition, your character will be reduced to level 1, ready to start the process as though they were freshly created!

Accomplishments like achievements, crafting recipes learned, artisan levels, or unlocked stash tabs will be left behind as part of your non-Seasonal progression. However, personal records like your character name or time played will be retained and carry on through your Seasonal adventures.

There are a few things to keep in mind when using Season Rebirth:

Q: When does Season 5 start?

Q: How long will Season 5 last?

A: Starting with Season 5, all seasons going forward will last approximately three months.

Q: When are the non-Seasonal Leaderboards being wiped?

A: Non-Seasonal Leaderboards are tied to what we call â€œEras.â€ We currently anticipate the next wipe to coincide with the end of Season 4, although this may not be the case for future Seasons.

Q: Will Seasons be coming to console?

A: Some features on console are best designed for that platform, and the same is true for the PC version of the game. A large part of the fun of Seasons is the entire community rerolling heroes together at the same time. Because the offline and disconnected nature of console does not support this style of play, we do not currently have plans to implement Seasons on console.

Q: What will happen to older Seasonal records?

A: As we continue on into additional Seasons, we will no longer be able to store some personal Seasonal records. While Season 5 will store your personal bests for all Seasons to date, at some point in a future Season, we will begin removing old personal bests, beginning with Season 1. This will be true regardless of your personal participation in previous Seasons. We will have more information on this change at a later date.

Seasonal Leaderboard records are not being cleared, and will remain archived both in game and on our website.

Weâ€™re stoked to start Season 5, and we hope youâ€™re as excited as we are to jump straight in with us on day one! With tons of class set revisions, oodles of new items, and the new Set Dungeon feature, this is bound to be our most exciting Season yet!

Have you already picked which class you plan to roll in Season 5? Do you plan to dust off an old favorite using the Season Rebirth feature? What are your goals for this Season Journey, or your strategy for the day-one rush? Let us know belowâ€”and good luck in the new Season!