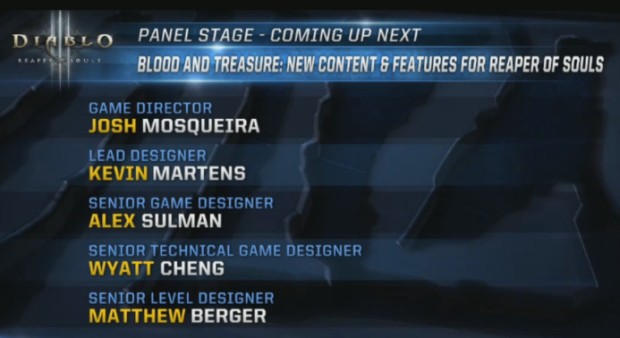 The Diablo III team has been hard at work on Patch 2.4, and now it's time to show it off! The main Diablo III panel at BlizzCon 2015 is titled Blood and Treasure: New Content & Features in Reaper of Souls. A group of Diablo III developers are lead by game director Josh Mosqueira in covering the new features, which include: new monsters, over 175 new Bounties, the new zone Greyhollow Island, Set Dungeons, a revamped buff User Interface, 50 new Legendary items, and much more!

A liveblog of most of the panel is below, or view the video for all the fun details!

And the panel is done!