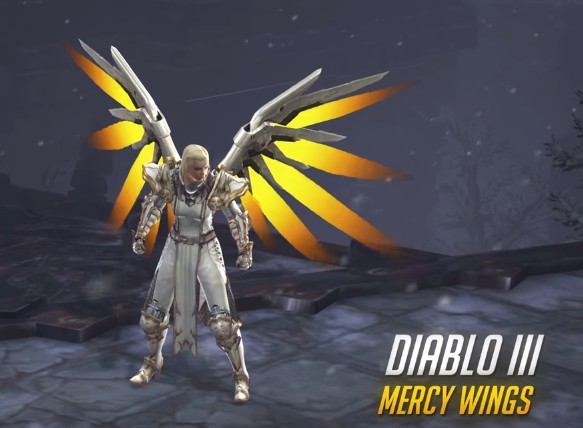 A new set of cosmetic wings will be given to owners of the upcoming Overwatch: Origin Edition game from Blizzard. The team-based shooter will be released in spring 2016, and the cosmetic wings bonus is part of the super edition. This was announced during the opening ceremony of BlizzCon 2015, and the game can be pre-ordered now.

The Overwatch: Origins Edition preview shows the extra bonuses for that version of the game. Jump to 1:18 in the video, to see the Mercy Wings in action.

Here are other major announcements from the BlizzCon 2015 opening ceremony:

There will be far more Diablo III info on the way, including the main panel in a couple of hours, as teased by game director Josh Mosqueira.


Fret not @Diablo fans... We've stashed away some cool surprises for the panel at 3:30!!