Diablo IIINewsBlizzard Games on Sale 50% Off

Blizzard Games on Sale 50% Off

Big discounts on many games, including Diablo III and Reaper of Souls

There are big sales going on right now on many Blizzard games, at retailers, online stores, and Blizzard's own shop. These include 50% discounts on the base Diablo III game, the Reaper of Souls expansion, and the console Ultimate Evil Edition. The special Digital Deluxe Edition of StarCraft II that includes cosmetic bonuses for Diablo III is also on sale. Here are all the details for these sales, which end soon. 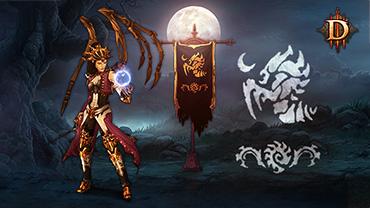 These sales are wrapping up this weekend. If you're interested in these discounted Blizzard games, place your order soon!
Recent News
Hot Topics