Diablo IIINewsSeason 2 Comes to an End

Season 2 Comes to an End 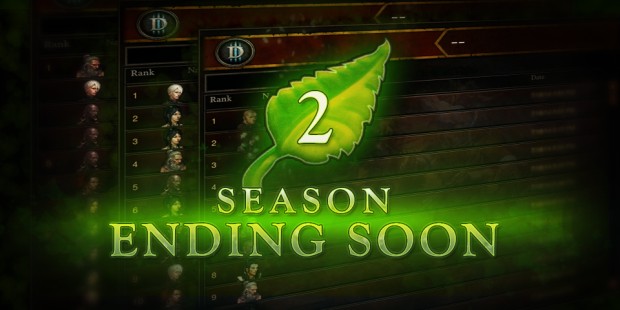 Diablo III Season 2 is winding down today, Sunday April 5. The Season ends in the Americas region at 9PM PDT (midnight for those in the Eastern time zone). The European region wraps up Season 2 at 9PM CEST. Once the Season is done all Season 2 heroes will turn into regular heroes, and everything will be transferred over to the normal non-Seasonal side. That will bring an end to this short Season, that lasted less than two months.

The end of Season post details the Seasonal rollover, and how everything transfers. This week will be busy for Diablo III. On Tuesday Patch 2.2 is scheduled to arrive on the live servers. The most recent patch 2.2.0 PTR patch notes give an overview about that patch contains, although the final patch notes will likely be a bit longer.

After patch 2.2.0 is live, Season 3 will begin on this Friday. That Season is expected to last a bit longer than Season 2, but not as long as Season 1. The developers are aiming for a 3-4 month duration in Seasons, although that is also dependent on the time needed for the development of the patch that goes along with a Season.

Here at Diablo Somepage we are working on the end of the Season wrap-up. We'll have more info this week about tracking Season data. The account scanning with the BattleTag Locator has been temporarily paused but will be back soon, fully prepped for the fun of patch 2.2 and Season 3!
Recent News
Hot Topics