Season 2 has arrived! The second Season in Diablo III is rolling out across the Diablo III regions. The fresh start of a clean slate in Diablo III is combined with new Seasonal Legendary items, the Seasonal achievements of Conquests, and other bonuses for participating in the Season. Here is a look at the goodies that are part of the new Diablo III Season!

Season 2 Legendaries
Seasons and Leaderboards are only found on the PC/Mac edition of Diablo III, not on consoles. The PlayStation 4 and Xbox One versions of the Ultimate Evil Edition already have access to these new Legendary items, which were added for all players on those platforms in Patch 2.1.2.
A new group of Legendary items can be found in Season 2. They are only available to Seasonal heroes during Season 2; once the season is over, they will drop for all heroes. There are a total of nine Season 2 Legendaries: one Legendary equipment piece for each class, and three new Legendary gems. Three pieces of the Seasonal Legendary gear are updated versions of old Legendary items: The Undisputed Champion, Gungdo Gear, and Wormwood. They continue the process of old "Legendary" items without special powers being converted into new, more powerful editions.

Legendary Gems for Season 2
Molten Wildebeestâ€™s Gizzard and Esoteric Alteration are defensive Legendary gems, giving more options for hardcore heroes trying to stay alive. Gem of Ease is an amazing power-leveling gem, and the only Legendary gem that can go in a weapon. When that gem has been leveled to rank 25+, it becomes incredibly powerful. At that rank, it can be put into a level 70 weapon that can then be equipped by a level 1 hero. This will be a very handy Legendary gem for players who want to level up more than one Seasonal hero in Season 2.

Legendary Class Equipment for Season 2
The Legendary class gear in Season 2 all either boosts the power of a specific skill, or casts a skill on its own - and the new Wizard ring does both! The Popular Builds & Skills in Season 2 may change for some classes based on these Legendaries, as players find creative ways to use them.

The Season-only achievements of Conquests are being changed up for Season 2. The Season 1 Conquests of Race to the Top and Living Dangerously were focused solely on leveling, and so encouraged players to find boring ways to level as quickly as possible. Those have been removed for Season 2. Here are three new Conquests (with alternate versions in hardcore mode) that can be completed in Season 2: All the Conquests rankings can be seen in game alongside the Leaderboards (Shift + L), and eventually in the battle.net lists. 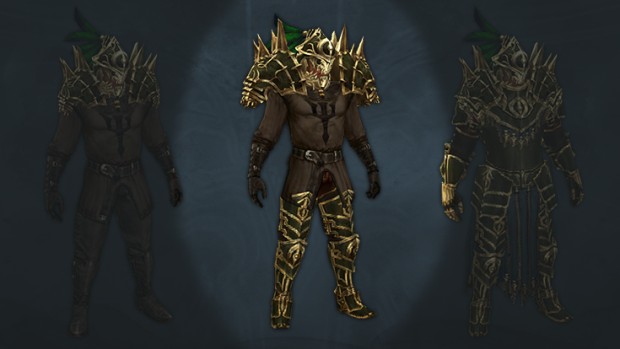 As with Season 1, there are cosmetic bonuses for playing a hero in Season 2.
A new Season is a great time to try up a new class or playing style like hardcore mode, or jump back in if you haven't played in a while. For leveling advice, check out a terrific guide at reddit.

You can track your progress by pulling up your Diablo III BattleTag with our BattleTag Locator. As Blizzard updates the Diablo III API, we will be listing Season 2 heroes and Paragon Levels alongside the millions of non-Seasonal characters that we track. Good luck in Season 2, and may you find many Ancient Legendaries!
Recent News
Diablo III: Ultimate Evil Edition
The console Diablo III edition includes all of the Reaper of Souls content, and special social features!
PlayStation 3