Up to 40% off discounts at the Blizzard Gear Store

Blizzard is celebrating an anniversary with a giveaway, and a big sale on merchandise for all their games. The giveaway is easy to enter, to have a chance to win over $200 in Blizzard gear, and 5 posters autographed by Blizzard developers. The sale includes items reflecting Blizzard's many games, discounted up to 40% off. 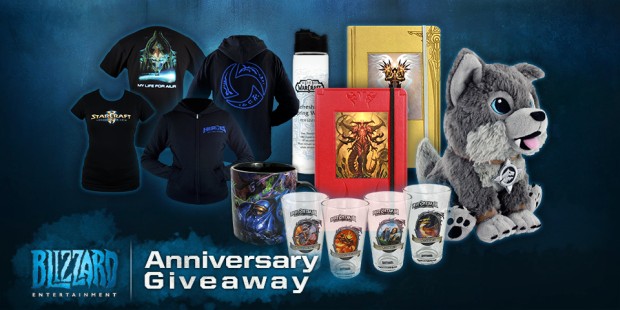 At the Blizzard Gear Store, there are discounts galore through February 28 on many different pieces of merchandise. The Diablo items on sale include both of the Treasure Goblin Plush, t-shirts and mousepads, and the Diablo III: Haunted Sounds of Sanctuary soundtrack. Check it out before the end of the month for some big savings!
Recent News
Hot Topics