Diablo IIINewsVote for the 'Play Your Way' Featured Build

Vote for the 'Play Your Way' Featured Build

The Diablo III Play Your Way Thursday event is down to the last community poll for 2014. Pick from your favorite featured build below, and vote in the poll by 10AM Pacific time on Monday. That build will be featured in the next Play Your Way Twitch livestream!

Every four weeks, after reviewing your Play Your Way builds, we open the polls to let the community vote on which feature you favored most. As the final round for 2014 draws to a close, weâ€™ve put together a summary of the last four builds featured as a refresher before you cast your vote for our next live stream!

What Are We Voting On?

If you've never joined us before for our previous Play Your Way features or livestreams, youâ€™re in for a good time!

Every six weeks or so, we invite the creator of one of the player-submitted builds to join myself, one of our developers, and a prominent member of our community to hop online, play the game with us, and talk about their build in a casual setting. How do we select this lucky individual? By opening up the polls and letting you cast your vote, of course!

You may have missed the last few features, so be sure to check out our super-swift synopses below before you finalize your vote!

Abachio#2399 returned to the Demon Hunter's roots, armed with a rare and valuable Kridershot and steering away from the ever-popular Marauderâ€™s Sentry build. Using Strafe as a utility effect and relying on Elemental Arrow for its substantial damage, the Lightning Rage Nocturne unleashes a shocking amount of vengeance upon his foes while making use of the more underused Demon Hunter sets.Â 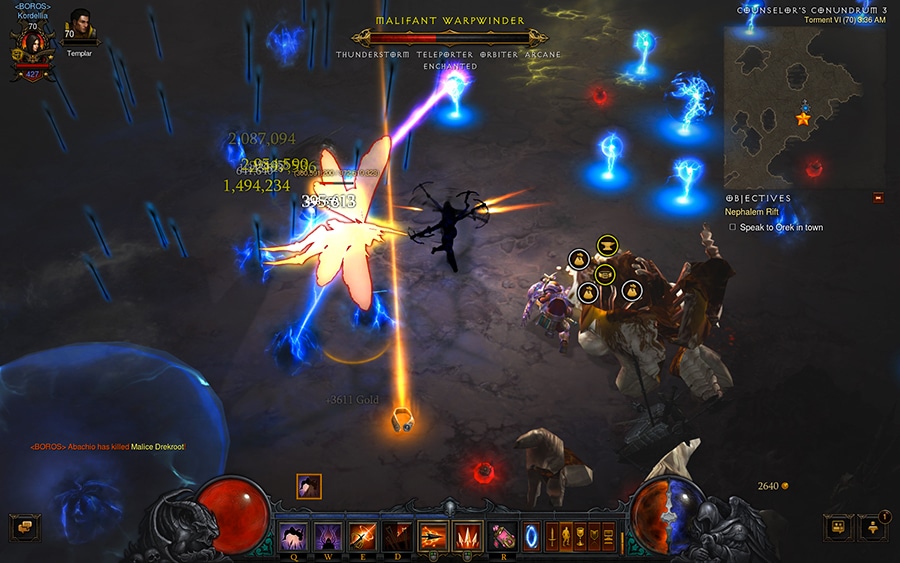 With frequent use of Vengeance and Rain of Vengeance, this Demon Hunter clearly only has one thing on her mind: fluffy bunnies.

Clearly intent on creeping me the heck out, Thibbledorf#1559 put together a build that rained poison, zombies, and (most horrifyingly) spiders. Intent on utilizing the underrepresented Helltooth Harness set, this build flourishes with a Grin Reaper, flooding the world of Sanctuary with a terrifying and poisonous horde of minions. 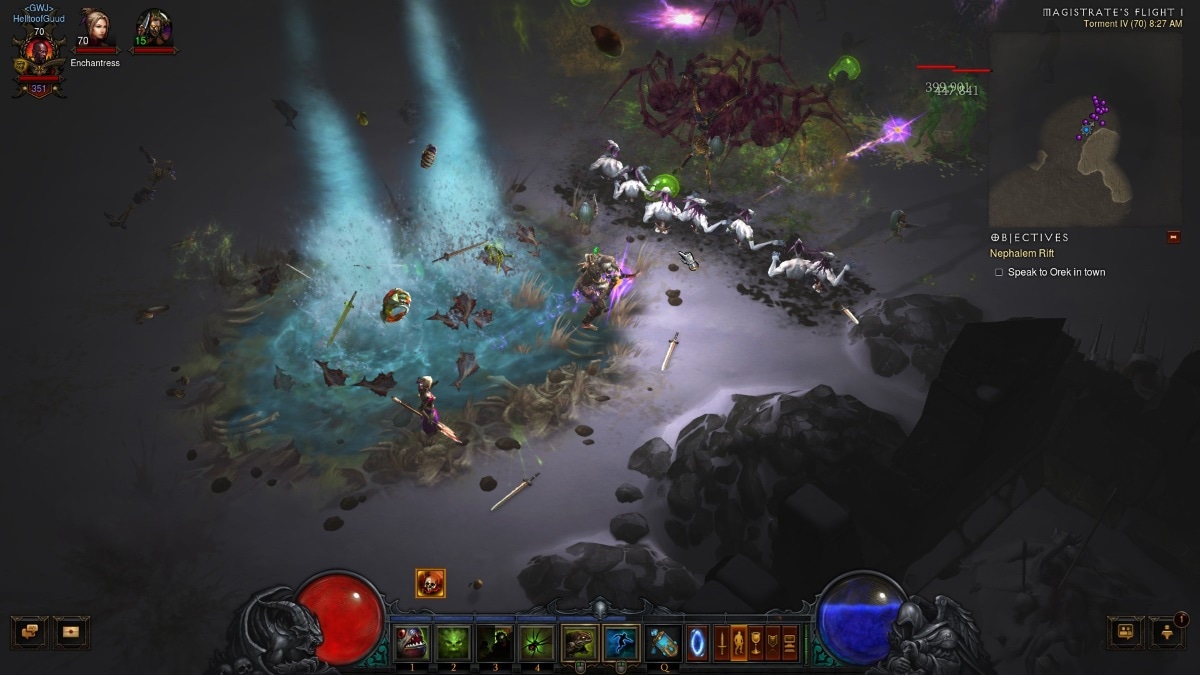 Drawing inspiration from one of his favorite works of fiction, Capicorp#1432 embodied his inner assassin with his Monk build. Exploding Palm has often been the centerpiece of popular builds, but the Icepick Assassin changes it up with a dash of cold damage wrapped in the flavor of a Japanese alternate history novel.Â Â 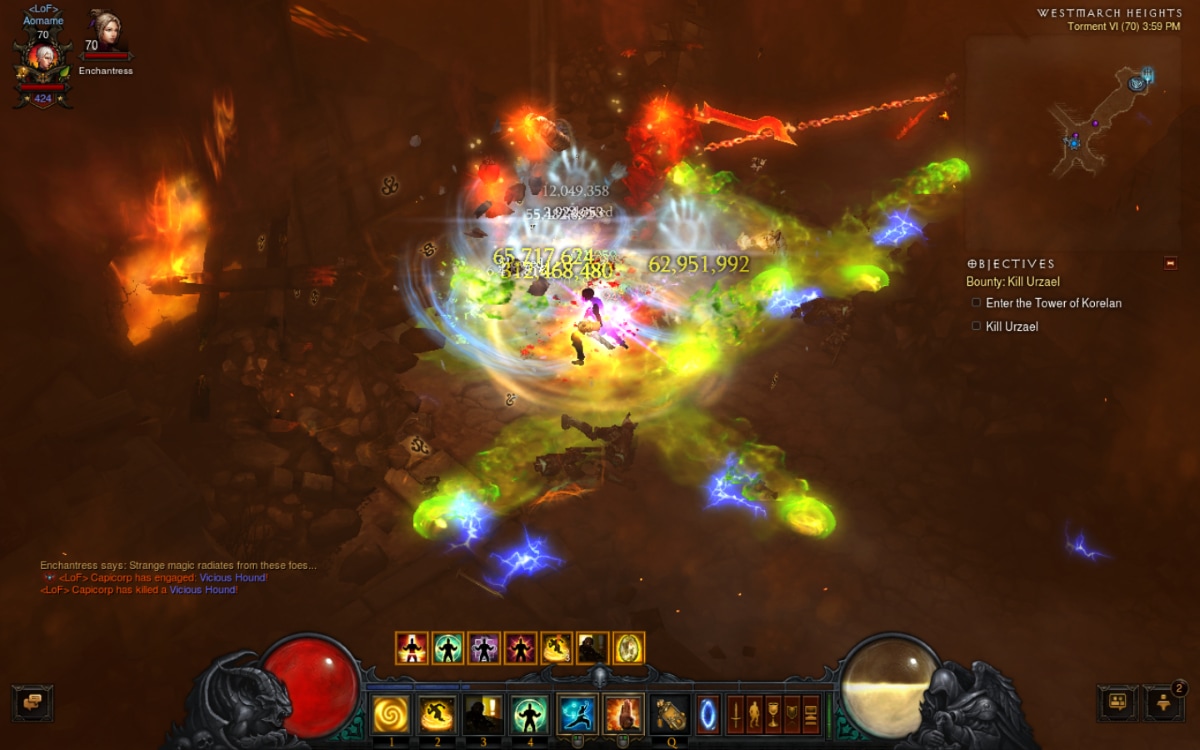 The only trace of enemies youâ€™ll leave behind is their shattered remains.

Whirlwind is a long-time Barbarian favorite, and in VegaPrime#1203â€™s build, it cranks the badass level up to 11 with axes, axes, and (you guessed it) more axes. A Physical element build, the Axe-nado uses a combination of WhirlwindÂ and Overpower to deliver copious amounts of bladed weaponry to the face. 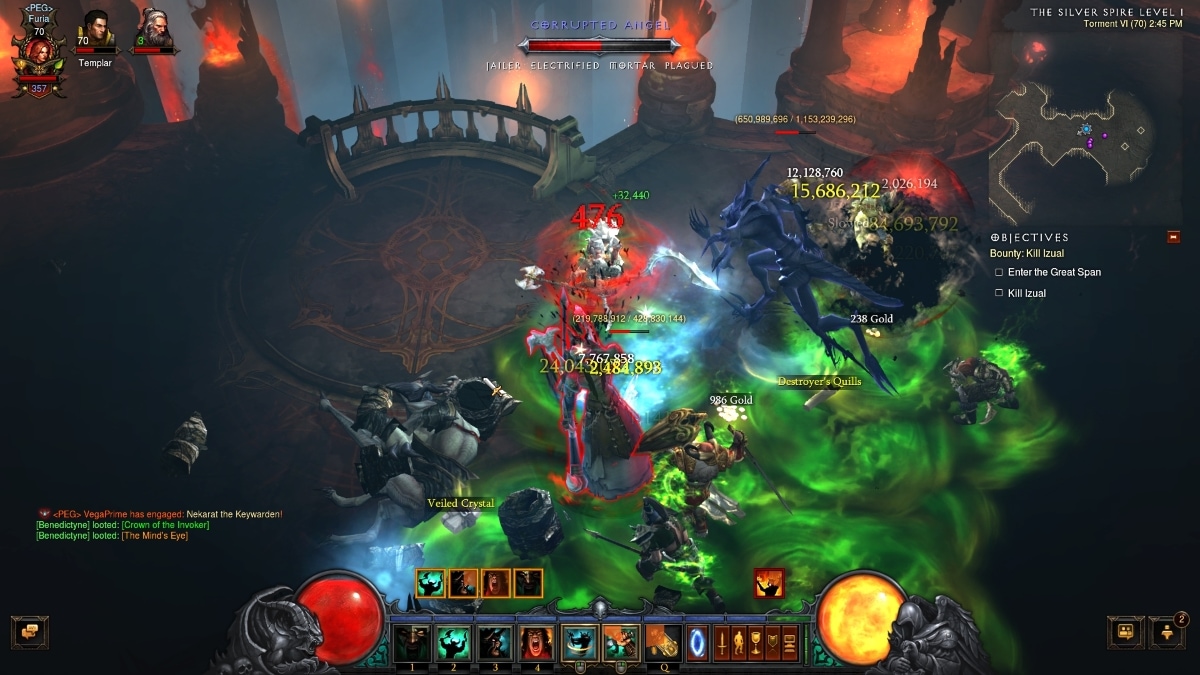 â™« Stalgardâ€™s was meant to fly, axes up and hit War Cry, canâ€™t stop though Jailer tries, letâ€™s do this one more time! â™«

Vote for Your Favorite!

With our latest round complete, which build got you most pumped about playing your class? Got some burning questions for the players behind these play styles? Let your favorites be revealed by voting in the poll below and tell us in the comments why you think that build should join us on the livestream!

Voting will run from today to Monday, December 8Â at 10 a.m. PDT and weâ€™ll be taking a break next week before our next stream. Keep your eyes posted on diablo3.com for the poll results and the livestream schedule as soon as itâ€™s available!

Got a build youâ€™re itching to share and you just canâ€™t hold it in anymore? Then send it to us using our handy-dandy webform and check our forum post for all the details on how to submit your feature!


Don't forget about the Diablo III Twitch livestream on the Legendary Workshop happening this Tuesday. Nevalistis will be joined by associate game designer John Yan and lead technical artist Julian Love to discuss the choice made, and answer questions about the Legendary Workshop process!
Recent News
Diablo III: Ultimate Evil Edition
The console Diablo III edition includes all of the Reaper of Souls content, and special social features!
PlayStation 3