Evolution of Reaper of Souls - BlizzCon 2014

A panel about evolving development philosophies, and new items on the way 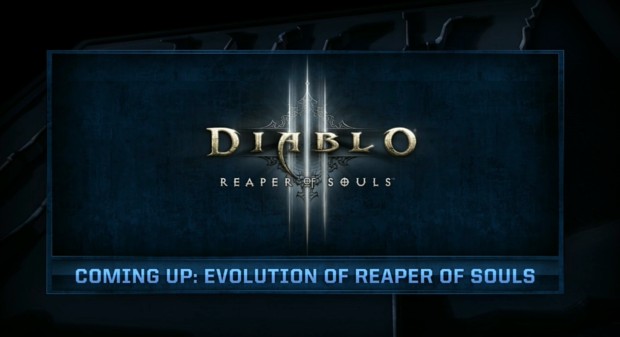 The second Diablo III panel at BlizzCon 2014 is called 'Evolution of Reaper of Souls'. The development team talks about the changes in their game design philosophies over the course of the expansion, with new items and other details for the future. Our live blog covers it all!

That's a wrap of the panel! There will be more info coming from other interviews, and the developer chats at BlizzCon.
Recent News
Diablo III: Ultimate Evil Edition
The console Diablo III edition includes all of the Reaper of Souls content, and special social features!
PlayStation 3