Details at gamescom on the PC 2.1 patch, and 'Ultimate Evil Edition' updates 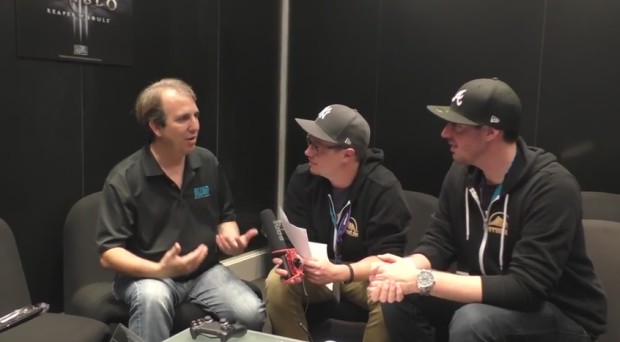 The Diablo III PC Patch 2.1 will be released "this month", according to Diablo production director John Hight. In an interview with the German site Arreat.de at gamescom 2014, he provided details about the upcoming Diablo III PC patch, as well as info about which features from patch 2.1 will be coming to the PS4 and Xbox One editions of the Ultimate Evil Edition.

The interview starts with talk about Blizzard's large presence at gamescom 2014, and then at 2:45 in the video, Mr. Hight gets into details about Diablo III patches and development.
There is more discussion in the interview, including thoughts about working at Blizzard and the fun of playing games that you work on.

With the Ultimate Evil Edition coming out this next Tuesday, that only leaves August 26 in the month as a possible patch day. Unless there a delay, patch 2.1.0 will go live that Tuesday.
Recent News
Hot Topics