The expansion will be released on the PS4, Xbox One, PS3, and Xbox 360

The Reaper of Souls Expansion is coming to all the supported consoles simultaneously. Blizzard has announced that Diablo III: Ultimate Evil Edition will be arriving on the PlayStation 4, Xbox One, PlayStation 3, and Xbox 360 on August 19, 2014. Pre-orders will receive the Infernal Pauldrons, a special set of shoulders.

On August 19, the Angel of Death invades console systems everywhere as DiabloÂ® III: Reaper of Soulsâ„¢ - Ultimate Evil Editionâ„¢ launches on the PS3â„¢, PS4â„¢, Xbox 360Â®, and Xbox OneÂ®. Prepare your living room now, nephalem, because by summer's end you'll face off against Death himselfâ€”with up to four players banding together on a single TV screen.

Diablo III: Ultimate Evil Edition is filled to the brim with fast-paced action, awe-inspiring heroes, and legendary treasure. It features all the content included in the Reaper of Souls expansion set, as well as Acts I through IV of the original Diablo III for those who have yet to vanquish the Lord of Terror on console.

The Ultimate Evil Edition goes on sale August 19 at select retail locations for a suggested retail price of $59.99 USD for the PS4 or Xbox One and $39.99 for the PS3 or Xbox 360. Keep in mind that this announcement is still fresh and some retailers may require several days to get their pre-order pages set up.

Prepare for the crusade against Death today AND receive this exclusive Infernal Pauldrons in-game item in the process: 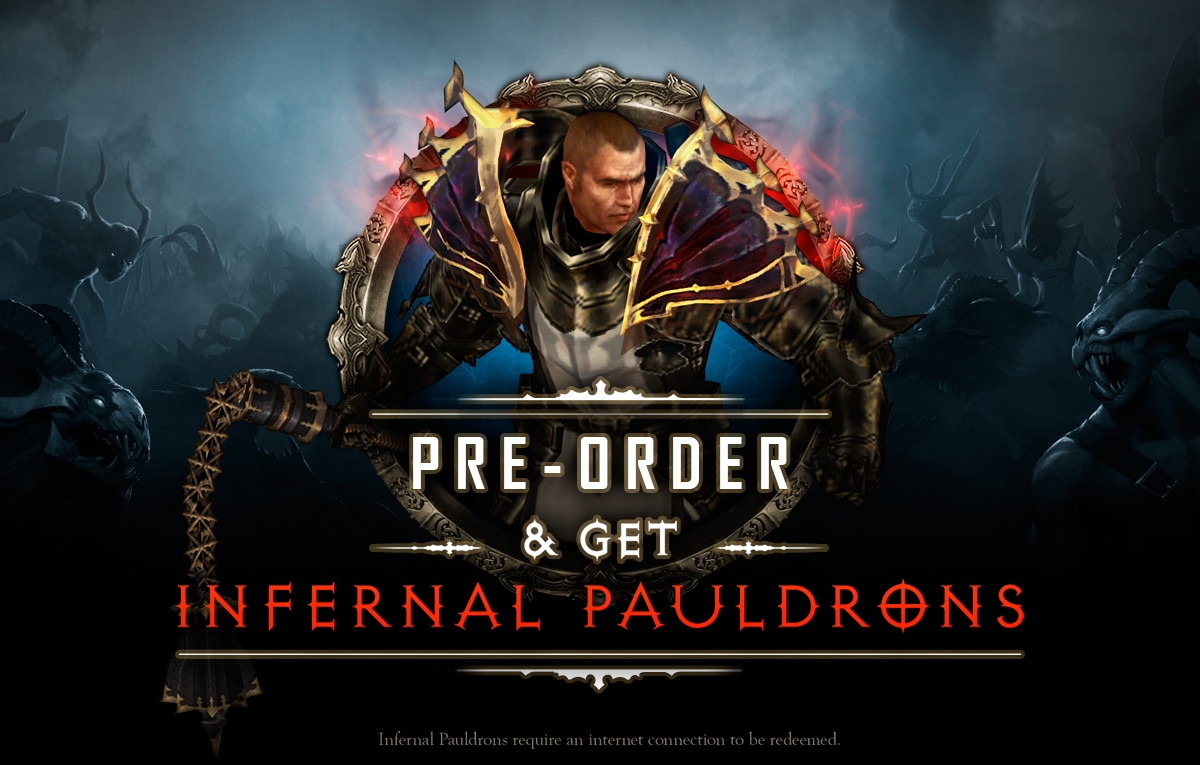 Wearable at level 1, these devilishly handsome shoulder plates provide bonuses to Vitality, Life per Second, and Cooldown Reduction, and are primed and ready for transmogrification. The key for the Infernal Pauldrons can be found in any launch day copy of Diablo III: Ultimate Evil Edition. (Please note that the Infernal Pauldrons key requires an Internet connection to be redeemed and cannot be transferred across platforms.)

We'll have more information on where and how you can pre-order the Ultimate Evil Edition shortly, but in meantime, don't forget to stock up on extra console controllers for your friends. We'll see you soon, heroes . . . in Westmarch!