Details about Tiered Rifts, Seasons, and the possibility of Legendary gems 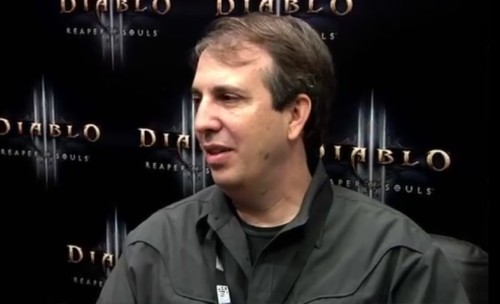 The Diablo III team is hard at work on the next patches for the game. In an email Q&A with Shacknews, Production Designer John Hight provided details from the development team on new features coming in patch 2.1. He talks about how Seasons and Tiered Rifts are shaping up. There is also a mention of the idea of Legendary gems, that could be added at some point down the road.

Here are a few of the most interesting questions that were answered about content coming to Diablo III in patch 2.1, and possibly beyond.
Q: Even after releasing Reaper of Souls, you guys are already looking ahead to the big summer update. Can you tell us about some of what you have planned for 2.1?
Production Director John Hight: We're working on two major systems for the 2.1 release, first is Seasons. Seasons are a shard of the existing game where everything is a fresh start. You start with a brand new character without access to any of the gold or items you collected with your primary account for the length of the season. We plan on creating brand new, powerful legendaries that only drop within in the season. After the season ends, all of your progress — your experience, your items, your gold, etc. — will be rolled into the main roster. The goal is the fresh-start feeling — so many changes and tweaks have happened since the launch of Diablo III — it is really energizing and fun to recreate that 'first-moment-in-a-new-game' feeling.

We've also added leaderboards. Players can race on a variety of metrics to try to become the leader in their region or the top of their friends and clan lists. That friendly competition angle lends itself really well to Diablo games.

Second is Tiered Rifts. Tiered Rifts are variations on the Nephalem Rifts concept from Reaper of Souls. You have a timer to finish a Rift (kill enough monsters to draw out the boss and slay the boss) and the better you do, the more challenging the level that you get to tackle. For example, if you finished a Tiered Rift in just a few minutes, you’d get to jump ahead to a much harder rift. These will also have unique rewards, custom leaderboards, etc. Tiered Rifts are a new end game activity that offers both challenge and competition but are easy enough for everyone at max level (70) to try.

Q: With so much going into Diablo III and Reaper of Souls for PC, what can Blizzard tell console owners that are waiting patiently for their opportunity to jump into the expansion? Will the console Diablo III: Reaper of Souls feature all of the updates currently available on PC?
Hight: We showed Reaper of Souls running on PS4 at BlizzCon and again at PAX East. We're very excited about the PS4 and we've announced some cool additions to our Ultimate Evil Edition to take advantage of this technology: action combat, co-op loot, apprentice mode, nemesis kills, mail system, player gifts, touch pad & light bar support. We also plan to include all the updates to Diablo III: Reaper of Souls up to patch 2.0.4. We'll have more console news soon.

Q: Are there any plans for further deepening of socketing, such as reintroducing runes and runewords?
Hight: We don't have any short term plans at the moment, but we all agree that the socketing game is not super deep and we’ve said so before. We are talking seriously about some legendary gem ideas that will offer new tactical options to players. Stay tuned as we do hope that this design gathers steam.
Check out the full interview for discussions of other topics such as shutting down the Auction House, and what the Diablo team thinks about item trading. The Future Patches guide contains all the information known about the upcoming patches planned for Diablo III.
Recent News
Hot Topics