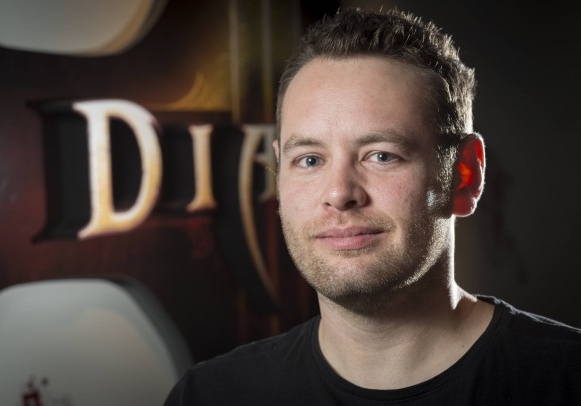 The Diablo III development team was out in force over the past couple of weeks, doing a lot of interviews to discuss patch 2.0.1 and the upcoming Reaper of Souls Expansion. PC Gamer has an interview with lead content designer Kevin Martens, and senior level designer Laura Paolilli. They discuss the history of Diablo III so far, and some of the new features in the big patch and the expansion. There are some minor plot spoilers for the expansion in the interview, so we have provided a spoiler-free version. Read on for thoughts from these two Diablo III developers!

PC Gamer: Diablo III obviously took kind of a beating out of the gate back at launch. How did you feel about that?

Martens: Well "bad" is the short answer. We felt terrible about the connection issue stuff. I know people that sent their families out of town on vacation so that they could sit down and play the game, and they couldn't connect. So that stuff was terrible and I think we've spent an incredible amount of time ensuring that kind of stuff doesn't happen again. We took that very seriously and certainly feel bad about that.

I think we did eight major patches on the game. We did many months of support, we added new content, we did big tuning passes. Like anything, best laid plans meeting 15 million people usually means that you're going to learn a few things... or a lot of things in this case. That's what I think I like about expansion development. It's kind of our second at-bat and we know a lot of things about what's actually fun about the game. And we don't have to fight against player instincts or make guesses. We can do what people do; we can see what people like to do, we can read on the forums, and we can interact with them at BlizzCon and other events, and we can make a game that closely matches what people want out of a Diablo game.


PC Gamer: Do you guys continue to stand by the decision to require an internet connection to play Diablo III? Is there any chance at all of that changing in the future?

Martens: Yes, we stand by it. Diablo III is a co-op game from the ground up, so having the social stuff be there at your fingertips whenever you want it is integral to the experience.


PC Gamer: Not too long ago, Blizzard announced that it was shutting down the auction house. Is it fair to characterize it as a failure at this point?

Martens: It did what it was intended to do in one way, which was to make trading a safe place to happen without trading scams and other ripoffs. However, it had a very bad unintended consequence of making trading the best way to get items in the game. The fact is that the most fun way for the vast majority of people is to kill monsters and take gears from their cold, dead claws. Trading became very easy. The auction house lowered the barrier of entry so much that it became the best way to get items, and ultimately players will do whatever is smartest. They will find the golden path and do what is most efficient.

You should play the game to get gear to kill the monsters. You shouldn't get gear to kill monsters because you will get bored too quickly. It stole people's reward curve is essentially what it did; it made it very easy for them to do it. So trading isn't a bad way to get items, but if it negates playing the game, then we've made a huge mistake. And we did, which is why we're shutting down the auction house.


PC Gamer: Sounds like the majority of your efforts since launch have been based around responding to fan feedback.

Martens: Yeah. And the auction house decision didn't come easy. It's not like the day we realized it was a mistake was when we could shut it down. A lot of things had to come together for us to get to that point. And honestly, what the console build did with their loot system... what we have now we call "Loot 2.0," what they did I would call "Loot 1.5." They had no auction house inherently, more because they couldn't than anything else.

So it's been a learning process for us as well. And finally as the loot stuff came together; as the enchanting system was dialed in; as our new legendaries were coming online, we realized that we could get rid of the auction house and get rid of that reward curve problem without causing new problems of people going back to trade scams or people feeling like they couldn't have any fun gear. Now we can give it away like candy, along with all of these ways that people can upgrade it, and all these crazy powers. And you can get it the way you're supposed to, which is by killing a monster and taking it from them.


PC Gamer: What else have you learned since the launch of Diablo III?

Martens: I think the randomness thing. We should have made everything random from the start. So the reason we didn't have random exterior zones was because we wanted the game to have more of that real RPG feel; that the world was real and had a sense of place. And like the loot problem, until Loot 2.0 was really dialing in, it was hard for us to figure out what to do with the auction house; it was the same with the randomness. Until the other aspects that made the game more RPG and more connected to the world were dialed in... you know, we've gotten better at storytelling since Diablo III; the world map that comes with Adventure Mode makes Sanctuary feel a lot more real just because you have a map of it, if nothing else, and that's a relatively simple solution to the problem. All of that made us comfortable with introducing randomized exterior zones as well.

Paolilli: Yeah, and that's actually one of my favorite things that we've done. With the map you have that sense of place, whereas before I think the environments looked great, but you didn't really have that sense of how everything is connected. And I think the map and the ability to go anywhere and do anything helps.

Martens: Dynamic Difficulty is another great example of that. We had our old-school linear difficulty that was inherited from the past, where you had to play through normal, nightmare, and so on. Dynamic Difficulty, which we made for Adventure Mode, allowed us to break that dichotomy for the game as well because otherwise we would have had to have a version of a monster for every possible level. So if you played Act II, we would have to have a Level 31, 32, 33... all the way up to 70 version of every monster for it to be fun. The overall Dynamic Difficulty system removed that burden and let us focus on a grander vision for our gameplay.


PC Gamer: On that note, it seems like Adventure Mode is kind of the main selling point of Reaper of Souls. Is that fair to say?

Martens: Yeah, I would say that's it. I would call Adventure Mode the primary feature of the expansion. That said, I think Act V is our best act, so we did take everything we learned there. And you do have to [finish the campaign] once with one character before Adventure Mode is unlocked. But knowing that you don't have to play story mode over and over again allows people to relax and just enjoy Act V for what it is; and they may or may not come back to it after that, but they don't have to. It doesn't feel as onerous to sit through those things.


PC Gamer: There have been some fans on the internet who have expressed concern that Reaper of Souls may be a bit pricey for the content that it delivers. What are you feelings on that?

Martens: I don't know about pricing as such, but I would say that the Adventure Mode changes the game pretty much completely. It's totally different. And it's not like a linear thing anymore. You don't just [finish the campaign] anymore and the game is done. And I think that was a little too much the case, unfortunately, in Diablo III. That's not the case anymore. When you [finish the campaign], now you're finally starting Reaper of Souls. As good as Act V is, once you get into Adventure Mode and you see the promise of everything random that Diablo does; that makes replayability the point of the game. It's not linear anymore so you're experience is different everytime you come in.


PC Gamer: Are you happy with the state of PVP as it is right now?

Martens: Well, [Brawling Mode] is okay, and it can be really fun if you've got two people of similar level. PVP is still something we talk about a lot. [Former Diablo III director] Jay Wilson wrote a long blog post a couple Decembers or Januarys ago explaining why what we tried didn't work out. And that stuff is still the case.

PC Gamer: What would you say to the players who felt turned off by Diablo III at launch and gave up?

Martens: It's crazy awesome now (laughs). You're going to get the keys to the Ferrari. I use the car metaphor deliberately. If you had a Corolla before and you're watching people swing by in their Lamborghini all the time; well, everyone gets a Lamborghini now. Everyone gets a shot at it now. Legendaries are dropping now from Level 10 onward, and we have put code in to ensure that everyone gets some legendaries, and a chance at the wacky powers as well.

So the promise of what Diablo can give you, everyone gets a taste of it. And there's still lots to earn for the people who put in the time; they're still going to get better things and more things. But everybody gets some of it. Our game director called that philosophy "endgame for everybody," and he didn't mean that you have to get to Level 70 to start earning Paragon Points to get the endgame. He wanted to take that stuff and move it earlier in the game so people wouldn't have to put in hundreds of hours. However, if you put in hundreds of hours, you still get more.

Paolilli: Yeah, we've done a lot of work to make sure that no matter how much time you put in, whether you're having a short play session or going for a lot longer that you're going to get rewarded for that amount of time. We want to give that sense of infinite possibility where the more time you put in the more you will get, but you don't have to play like an endgame player would in order to get rewarded.