A small patch for the PTR/Beta, and more invitations to the expansion beta 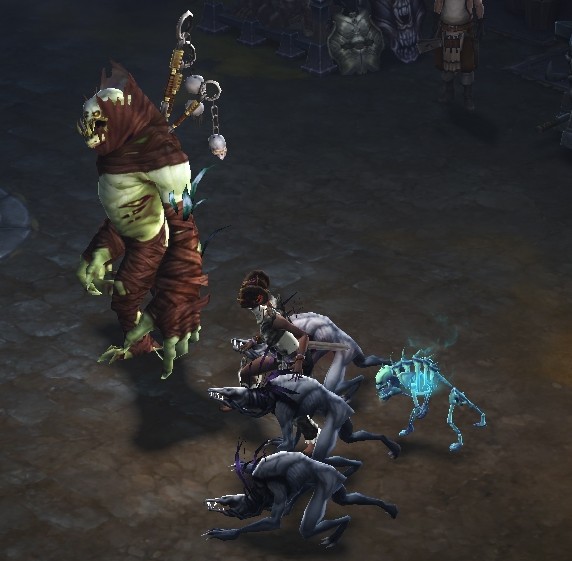 More Diablo III players will be invited to the Reaper of Souls Expansion closed beta, later this week. That will follow a small patch that is landing on the patch 2.0.1 PTR and Beta server.

New Patch and Beta Invites
The new build landing on the test servers tonight will be a small update, bringing some needed crash fixes and other tweaks. It also sets up some testing of Diablo III account storage. Following all that, more people will be invited to test out the Reaper of Souls beta! If you are interested in being chosen to join the Closed Beta for the expansion, be sure you have Diablo III selected in the options for the Battle.net Beta Preferences.
Post by Blizzard (Blue Tracker, Official Forum)
In order to help resolve some critical bugs and implement class tuning changes, we will be pushing out a new Beta and PTR patch later today. This patch will be relatively small, and a miniature patch note update will be provided once the patch is live.

As a result of some testing that will accompany this patch, character progress on the Beta/PTR may be affected. See the below list for details.

In addition, shortly after testing has completed, we will be adding an additional wave of new players to the Closed Beta. Keep an eye on your inbox for an invite if you've opted in!

We apologize for any inconvenience and thank you for your continued participation in the Closed Beta and 2.0.1 PTR!

Spectral Hound Cosmetic Pet
The cosmetic Spectral Hound pet is part of the extra Reaper of Souls features, in the Digital Deluxe Edition and the Collector's Edition. In the first beta patches, he was pretty small; but the hound's size was increased in the last patch. The Spectral Hound can be seen in the image above, alongside some Witch Doctor pets for reference. Nevalistis verified that the hound had indeed increased in size.
Post by Blizzard (Blue Tracker, Official Forum)
Posted by: TheNightOwl02/09/2014 07:38 AM

Did the latest patch make it bigger?

He did, indeed, have a bit of a growth spurt in the last patch. He's been eating his Nephalem, err, I mean, kibble. Yes. Kibble.

Legendary Item Special Powers
A lot of the Legendary items in patch 2.0.1 were updated in the previous PTR/Beta patch. Many of the changes were simple bug fixes, or changes to better fit the Legendary at hand.
Post by Blizzard (Blue Tracker, Official Forum)
Posted by: Starbird02/11/2014 05:06 PM

- Kriedershot now doesn't generate hatred.
This actually is a bug. We're aware of it, and it should be fixed for the 2.0.1 patch.

- Profane Pauldresn affix straight up removed (ditto the similar bracers). How exactly was this OP?
This wasn't a case of the affix being OP so much that it was a duplicate bonus that landed on the wrong item. It was meant to be a bonus on only the Reaper's Wraps (which also had an issue that was then hot fixed, as noted in our current hotfix list). The Legendaries that suddenly had 4/1 Primary/Secondary stats are a PTR/Beta artifact of making these bug fixes. New versions of these items should properly roll 4/2.

Also bear in mind that not all Legendaries are meant to come with an "orange text" affix. The exchange is that some have higher overall stat roll possibilities, the ability to roll a stat not normally found in that slot, or a guaranteed stat roll that is often at a higher value than normally attainable. Sometimes, itâ€™s a combination of those qualities.

Many other legendaries were given significant internal cooldowns or proc rate reductions.

The majority of these "stealth nerfs" were actually bug fixes, and because there are so, so many of them that happen each patch, some of them get missed in the patch note process â€“ at least for beta. I know that sounds super tinfoil hat-inducing, and thatâ€™s not at all the intent. I'm grateful for the opportunity to clarify these things though, and I appreciate the patience while I track down the stray information. We've already made some adjustments to internal communication regarding these kinds of changes for beta notes, which should result in fuller, more robust beta patch notes in the future. =) Iâ€™ll also make sure that these fixes are added to the current notes.

If something doesn't sound or look right, or wasn't in the patch notes, just ask! That's what we're here for. We all pay very close attention to your experiences with each new patch, and if something's not right, we'll make sure the appropriate folks are notified and look into it. As a favor, though, Iâ€™d like to request less conclusion-leaping and more â€œIs this intended?â€ asking. ;P

Read on for more recent Blizzard Blues posts, including a discussion of the new Clans and Communities.

Clans and Communities
The new Clans and Communities provide some official social groups for Diablo III players. Vaneras discusses how they are useful, and the differences compared to the old lobby-based Battle.net social features in Diablo II.
Post by Blizzard (Blue Tracker, Official Forum)
Posted by: Phosphia12/02/2014 05:04

Then we only need the old lobby system back so it's actually an online game and not just a mission game with a co-op feature.
Well, the future Clans and Communities feature should offer many of the social elements that some people say they are missing from the old Diablo II lobby system. The Clans and Communities feature will make it much easier for people to come together and form groups based on shared interests and preferred gameplay.

This is about the actual game, some ideas from the top of my head:
While I don't really have any comments on your ideas in particular, I do want to thank you for sharing them.

People are more than welcome to post their thoughts on the kind of gameplay they think could be cool to have Diablo III, because such posts often lead to really good discussions with a lot of interesting feedback that we can forward to the developers :-)
Posted by: Revan12/02/2014 09:06

Problem with new Clans and Communities is exactly pointed in its name. You have to actually be in that clan or community to see players heroes, roster etc.

I think chat system should be enlarged so that if you are in menus and in said chat channel its full screen and you can see players, interact with their heroes more and have ability to create particular games. Options: monster slaying, brawling, keywarden are very limited and not enough to create full social experience.

Sure, you will need to join a clan and/or communities with other like-minded people with the same interests as you if you want to have easy access to hero rosters and such, which I am sure will require some getting used to for some people, but clans and communities are intended to make it much easier to find and join groups of players that share your interests. For an example, if you are interested in brawling, you will be able to join or create a community focused on that, and everyone who are a part of that community will share a dedicated chat channel and they will have access to tools that will help facilitate and organise brawling groups.