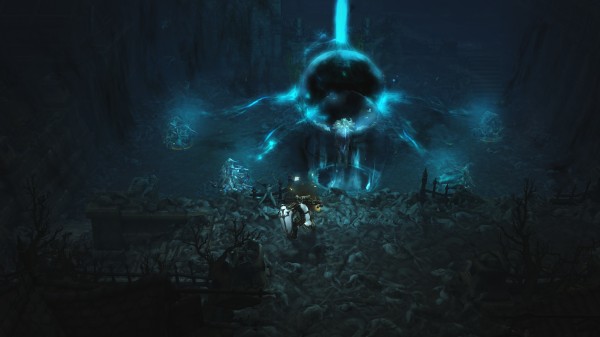 The Nephalem Trials game system for Diablo III will no longer be part of the Reaper of Souls Expansion, at launch. Many of the events in the feature have instead been put into the game world as standalone events.

Nephalem Trials was first announced with the expansion, back in August at gamescom. The feature was described by the developers as portals in the Diablo III world, that would lead to time-based "trials". These challenge-based encounters included some events with wave after wave of monsters; the more waves that the character cleared, the more rewards they received.

Many of those individual events are instead being put into Diablo III on their own. But the development of the Nephalem Trials as a system would have taken too much development effort, to fit into the expansion by release. This is a high priority activity to be cut from Reaper of Souls, so hopefully the features in the rest of the expansion makes up for the absence.

Here's the official word on the Nephalem Trials going away:
Post by Blizzard (Blue Tracker, Official Forum)
Nephalem Trials are indeed still alive in some form, but they will not be added with the launch of Reaper of Souls. We absolutely love the idea behind the Trials (challenge-based systems can be so much fun), but before we implement them we want to make sure they have a strong underlying reward structure and tracking system. That kind of hook is important for a system like this and we didnâ€™t want to add in Nephalem Trials to the game without it.

The gameplay felt great and was in a good place at gamescom 2013 where we announced them â€“ which is actually why a lot of the individual Trials have been added on their own as standalone events into Reaper of Souls â€“ but the tracking mechanism that made the overall system feel meaningful over a long period of time wasnâ€™t and would take some pretty significant tech and time to implement (in this case, at the expense of other features as well).

Rather than delay the release of the expansion to make sure Nephalem Trials could make it in with all the necessary components, we made the decision to cut them for now and re-focus our efforts on making sure other key systems like Adventure Mode, Bounties, Nephalem Rifts, and Clans & Communities (just to name a few) are solid. Itâ€™s not an ideal scenario, but these are the kinds of hard calls we sometimes have to make in a world where we canâ€™t stack +Maximum Resource. >.>