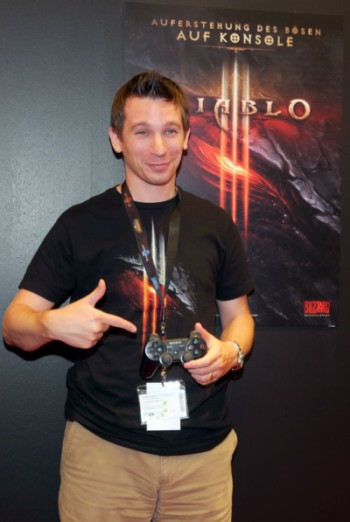 The PlayStation 4 version of Diablo III may support characters that were started in the PS3 version of the game, according to a Diablo III console team developer. In an interview at gamescom 2013, Matthew Berger talked with the Chinese language website gnn.gamer.com.tw, where he discussed bringing Diablo III to the consoles. He is a Senior Level Designer on the console development team for Diablo III.

The information here is based on the interview that Berger gave; that was translated to Chinese, then back to English, so some specifics may be lost in translation. Here are the interesting points of his interview:

We are less than a week away from the initial Diablo III console release. Once that is out, we will no doubt hear more about the future plans for the console versions of Diablo III. Feel free to follow us on Facebook, Twitter, or via our RSS news feed, to keep up with all the latest Diablo III news!
Recent News
Hot Topics