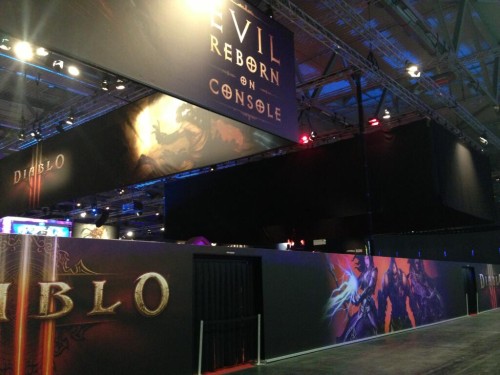 6:10 That's the end of the press event, showing off the gameplay trailer... which is now available along with the cinematic, above! Check back later for more info about the new Reaper of Souls expansion.

6:07 Paragon 2.0 will really overhaul the system. There will no longer be a Paragon Level cap, and it's account-wide so all characters benefit from it (presumably just all level 60 characters).

6:06 A lot of work has gone into the end-game, to give people more to do. There are new Loot Run dungeons that are completely randomized, and take 15-20 minutes to complete.

6:05 The level cap is being raised to 70 in the expansion, with new skills and runes for all classes.

6:04 Transmogrification is coming! A new artisan in the expansion will let the cosmetic look of an item be transmogrified onto another one. The Enchantress will be back: enchanting allows you to reroll an affix of a rare or legendary item.

6:03 Talk about the legendaries that can change skills, as have been detailed before by the developers: a wand that could let a Wizard have two Hydra at once, etc.

6:02 A comparison is made between the drops in Act III, in vanilla D3 and the expansion. The original (current) drops would be 256 common items, 399 blue, 275 yellow and one legendary. In the expansion, it could be 73 white items, 266 blues and 83 yellow items, with a chance of the smart drops that are suited for your character -- and 6 legendary items.

5:58 Following a demo of the Crusader in action, Josh Mosqueira comes back to about the Loot 2.0 overhaul. Like the console version of D3, the changes here will mean that loot drops less, but the drops have better stats. There is a chance that items that drop will have stats specifically for the class playing.

5:53 The transitions between outdoor and indoor areas is more seamless than in vanilla D3. 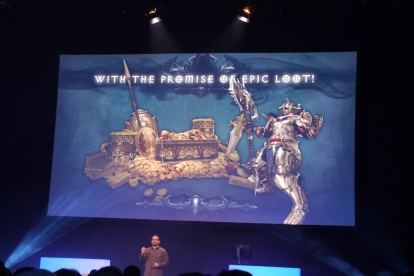 5:50 This will be playable on the show floor at gamescom.

5:40 The new class is the Crusader, seen in the cinematic. They're a mid-range melee character, using a sword and shield. There's a definite connection to Paladins in Diablo II. They have abilities like a shield bash, and fist of the heavens, a mid-range melee ability.

5:39 The Diablo III expansion is officially Reaper of Souls! 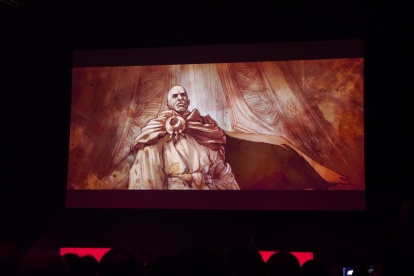 A shot from the Diablo III Reaper of Souls cinematic.

5:33 Be sure to check out the Eurogamer.net live text blog for immediate info.


"Death, at last, shall spread its wings over all." â€“ #Diablo III: Book of Tyrael pic.twitter.com/a66rLyDh4O

5:27 AM Eastern Time: The Blizzard press event at gamescom 2013 is about to start. There is a big Diablo III announcement scheduled for the event, which we'll hear soon. Blizzard's official gamescom site will not be streaming the event, but we'll provide what coverage we can. Be sure to keep an eye on the Diablo Youtube channel for the new trailer expected to be shown here.
Recent News
Diablo III: Ultimate Evil Edition
The console Diablo III edition includes all of the Reaper of Souls content, and special social features!
PlayStation 3