Delving into the top items within Diablo III, and the best gear for each class 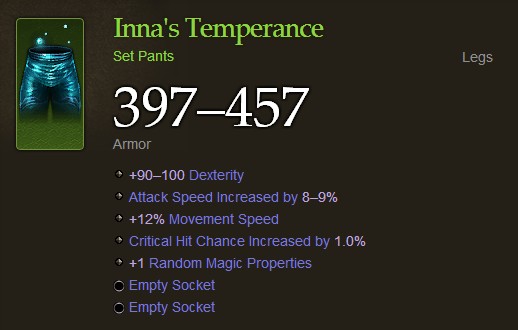 All of the item charts have recently been updated, to make it easier than ever to find the top gear. Each class items page now has direct links to each armor or weapon slot. This makes it easy to jump directly to info like the best Demon Hunter Chests or Barbarian Boots, refer to the most used Monk Helms or Wizard One-Hand Weapons, or gaze on the variety of mojos used among the Witch Doctor Off-Hand Holdables. There are now full descriptions for each weapon or armor slot, detailing the most popular item for the class on that character slot.

We can also look back to the most popular items in Patch 1.0.7 and compare that older data with the current statistics, to see trends in item popularity. This news highlights some of the most interesting tidbits of info about the top items.

Best Items for All Classes
Most Popular Items at Paragon Level 50-100
Read on to see info about the most popular items in each Diablo III class, and all the chart-topping armor and weapons.

A big change to items will arrive in the coming months, when the Loot 2.0 Patch dramatically overhauls all the items and loot in Diablo III. We will track the top items, both new and old, (and the Popular Builds and Skills used with those items) when that patch arrives. Check back any time for the most accurate Diablo III item and builds data!
Recent News
Diablo III: Ultimate Evil Edition
The console Diablo III edition includes all of the Reaper of Souls content, and special social features!
PlayStation 3