Video presentation about iterating on the Diablo III game systems for skills, health recovery, and more! 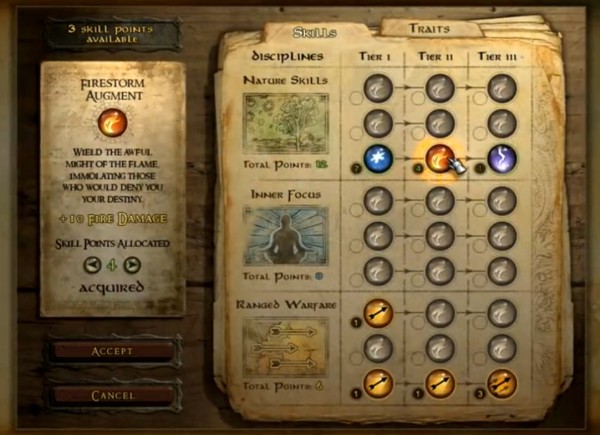 At this year's Game Developer's Conference (GDC), developer Wyatt Cheng gave a a presentation titled Through the Grinder: Refining Diablo III's Game Systems. A video presentation of that is now freely available, from the GDC Vault.


In the talk, Cheng provides an in-depth review of many steps along the way for the Diablo III developers, as they iterated on the D3 game systems. Parts of the game that right now seem so straightforward, like health recovery, are the result of many implementations and tests to try out ideas like regenerative damage shields, or a potion dilution system that had potions become less effective as they were used. The skill system underwent a huge amount of iteration, as seen from the image above of one of the early skill system tests.

At the fansite mixer last month, Lylirra mentioned that this video was going to be released for free; normally the videos of most of these presentations are only available to subscribers of the GDC Vault or attendees of the conference. She talked about Wyatt Cheng putting together the presentation, and how she gave him feedback and encouraged him to put in many details of the process. The developers go through many winding paths when coming up with the final game systems, and he wasn't sure that anyone else would want to really see the details of the steps along the way. Thankfully he did end up including a wealth of information about the development of Diablo III, now available for all to see. The entire video is just over 1 hour long; the GDC Vault page also includes an index of the video.
Recent News
Hot Topics