Diablo IIINewsD3 Console Hardcore Characters Can Be Backed Up

D3 Console Hardcore Characters Can Be Backed Up 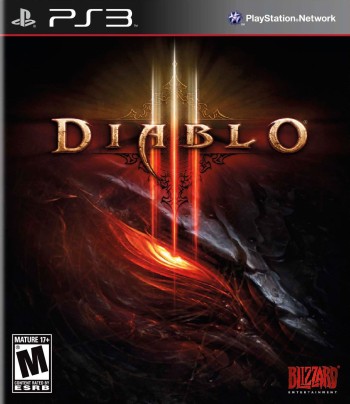 The Diablo III community managers delved today into fine points of gameplay on the upcoming console versions of Diablo III. The discussions involved dealing with menus in local coop multiplayer games, and stating that hardcore characters can just be backed up on a USB stick and restored once the character dies.

Managing Menus in Local D3
One thread discussed how the shared screen on the console Diablo III means that only one player can have the inventory or other big menus open at once. When a menu is open in a game with only local coop players, the entire game pauses. In the PlayStation 3 Diablo III Hands-on Preview, our reporter didn't have any problems handling this. Since players in coop are sitting together, it is easy to coordinate when one player wants to take a minute or two to view all their gear, or fiddle with their skill build; it's a great time for the other players to grab some food or drinks!
Post by Blizzard (Blue Tracker, Official Forum)
Posted by: Immortal07/08/2013 03:49 AM

However, i can seem to live with the fact that the game is paused for the other player(s) when one wants to navigate through the menu.

We agree that pausing the game to manage a menu screen isn't all that fun (especially in a local coop party), but we're hoping to significantly reduce the amount of time console players spend in menus through the quick loot system. You'll be able to identify if an item is an upgrade or not, equip it if you want to, and even drop recently acquired items for your group without ever stopping the action.

Sharing Console Characters
An interesting tidbit regarding sharing characters: apparently on the PS3 version, multiple players can play characters from one account all at once, on a single console. This is not possible on the Xbox 360 version, though, since on that console requires separate profiles that each have their own characters.
Post by Blizzard (Blue Tracker, Official Forum)
Posted by: Paranoyed07/05/2013 11:04 AM

If I level all 5 characters to level 60 can my friends choose any of my heroes to play as alongside of me. I do not have anyone that will be playing with me most of the time I play so it would be nice if they could use my leveled characters so we can play endgame together.

The answer to this question depends on the console you're playing on. You could do this on the PS3, but the Xbox 360 requires each player to use a separate profile with its own characters. There are some additional details about local coop that you might be interested in (like achievements, saving heroes, and cloud storage), so I'll quote a post from Vaeflare to share some of those details.

How guests can play with you on same screen co-op varies between the console systems.

On the PlayStation 3, additional players will have access to any saves that any User on the system has; however, only the primary User can unlock trophies during single-system co-op.

On the Xbox 360, if additional players logs in on other profiles, they are able to load their own heroes from their own save files. They can also bring their profile and Diablo III save on a memory unit or memory stick and load it at their friendâ€™s house, or alternatively, they can bring their save file and recover their profile from Xbox LIVE (both Silver and Gold tier accounts can do this). If the player is an Xbox LIVE Gold Tier member and they choose to use Cloud Saving from Microsoft, they can also recover both their profile and their save at their friendâ€™s house. It's important to note that only Gold Tier members can play online with other players over Xbox LIVE, however, Silver and Gold Tier members can play locally and recover profiles.

On the Xbox 360 version, each profile that is playing together can unlock achievements.

Battle.net and Console Diablo III
As stated previously, there is no connection to battle.net from the console versions of Diablo III. A more interesting point regarding hardcore characters: since they can be backed up on a USB memory stick at any time, they can also be restored if the character dies. If this is easy to do, it seems likely that many players on the hardcore console Diablo III will not end up playing true hardcore, if they reload characters that die.
Post by Blizzard (Blue Tracker, Official Forum)
Posted by: eNostradamus06/11/2013 01:16 PM

Is there going to be a different Bnet designed around console players or are the logins going to be linked to our console accounts IE: PSN or XboxLive

There aren't any current plans to have Battle.net integrate with console characters. Instead, you'll be using the native platform. So, any online services you'd want to take advantage of while playing on the PS3 or Xbox 360 (i.e. online matchmaking, friends lists, achievements, voice chat, etc) would be managed by the platform's respective network -- in this case, PlayStation Network or Xbox Live.
Posted by: Jeetkundo06/11/2013 01:37 PM

For characters on console (just as an FYI), players will be able to load their characters to a USB and bring them along to play on a friendâ€™s console. You'll also be able to access cloud saves to load up your characters.
How does this work with playing on hardcore? Can I save my character on a USB before each playsession and then reload him if I happen to die?

This can be done, but it should be noted that all of the heroes are stored together with the profile, so all of your characters on the console would be overwritten with the USB version.

RMAH SMS Problems
For security reasons, the Real Money Auction House requires players to use SMS verification when using PayPal to buy or sell items. For the past week, there have been sporadic issues with that service working properly or fast enough; players never get the code via SMS that they need to fill in. There is an ongoing thread that Blizzard Technical Support agent Araxom has been updating, regarding the issue. The issue is being tracked by Blizzard Tech Support, and players should post in that thread if they are still seeing it.
Post by Blizzard (Blue Tracker, Official Forum)
Hi everyone, thanks for your continued patience - as of (7/8) 11a PDT we are still continuing to look into this issue. The majority of AH transactions are going through without incident or report of the SMS codes not being received, so this continues to be a tricky thing to pin down.

I just wanted to drop in and let you know that I am going to be continuing to update the thread as I am able - if I receive an update from our internal ticket that is tracking the issue, I will be sure to post. Otherwise, please feel free to provide your own update if you were affected by this, and if the status changes for you in the meanwhile. Thank you!

Remember, the latest Blizzard posts are available right away in our Blizzard Blue Tracker, and via the RSS Feeds!
Recent News
Diablo III: Ultimate Evil Edition
The console Diablo III edition includes all of the Reaper of Souls content, and special social features!
PlayStation 3