By James Davis on July-7-2013 (8 years ago)
With less than two months until the September 3 release of Diablo III on consoles, the developers on the console Diablo III team are stepping into the spotlight. The Playstation.com blog has run a handful of posts about Diablo III on the PlayStation 3, and the latest one is from Jason Bender. He is the recently promoted Lead Console Designer for Diablo III, taking the role vacated by Josh Mosqueira when Mosqueira became the Game Director. (See a recent video of an interview at E3 with both Mosqueira and Bender, discussing the work of bringing Diablo III to the PS3.)

In this new blog post, Bender talks about the console team's inspiration when thinking about how to best translate the PC game into one that players will enjoy on their couch, in front of a TV. As we found in our recent hands-on preview, the console D3 really does feel like a game that will be immensely enjoyable in a local co-op setting. In a couple short months, we'll be able to try that out!

I just got back from E3, where we had a good showing of the PlayStation 3 version of cool PS3-exclusive items for the game. The excitement and energy of the show reminded me of a time when people actually left the house to play videogames. Yes, I’m talking about arcades: magical places filled with vibrant colors, flashing lights, and the never-ending clink-clink-clink of tokens cascading out of a change machine. There you could find the latest and greatest games—and people to play them with. Arcades were a uniquely social experience. You could hang out and have fun with friends, or you could make new ones while bonding over joysticks. 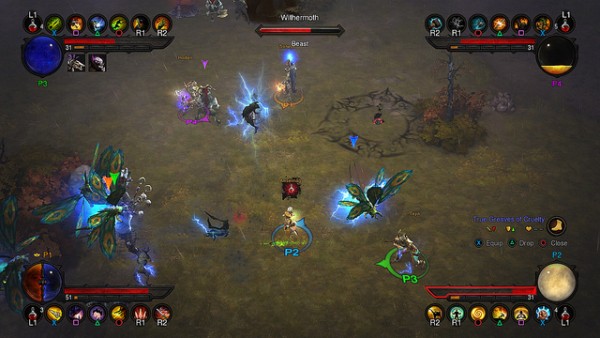 When we decided to bring Diablo III to console platforms, we wanted our four-player co-op to allow for the same spirit of fun that thrived in arcades. Our game had to allow for equal parts teamwork and trash talking, sweaty-palmed intensity and lighthearted mass destruction. You might remember Gauntlet, the iconic dungeon crawler that helped change the face of cooperative gaming with four players on the same screen, killing monsters as the Warrior, Elf, Valkyrie, and Wizard. Thanks to Gauntlet and other popular arcade hits, gamers fell in love with co-op play. That’s the same kind of fun we’re going for with the console version of Diablo III. Four friends on the same couch, working together to slaughter endless hordes of demons, collecting loot, and having a great time — it doesn’t get any better.

We were psyched about bringing Diablo III to consoles because we could potentially create some lasting memories for a whole new group of gamers around the world, but we needed to put in some serious work to make it happen. One thing we wanted to do was highlight the action on big screen televisions, without splitting that real estate into four little screens, so we created a new camera system that stays closer to the action, making it easier to see the animation in combat, where our characters really shine.

We also wanted to really drive home the feeling of control you got with other great action games. We decided to eliminate the pathing approach required by an indirect mouse-and-keyboard interface and introduced direct character control and an Evade command on the right analog stick, putting full tactical positioning into players’ hands. We had to work on this again and again until it just felt right. 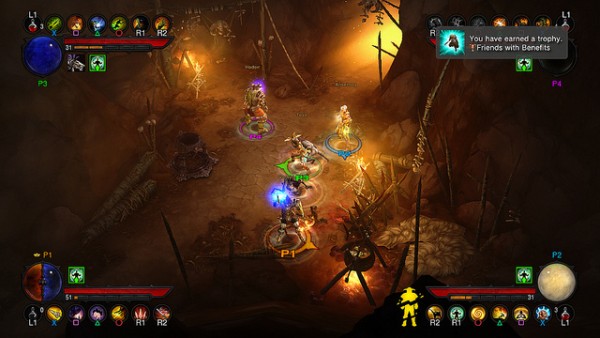 When our team took the stage at the PlayStation booth during E3, we wanted players to see exactly what makes Diablo III the perfect fit for a night of gaming. Massacring a screen full of demons with your friends and racking up a ludicrous number of kills… we don’t think there’s anything else quite like it out there. I hope that once you have your hands on it, you’ll agree.

We’re psyched that Diablo III is coming to PlayStation 3 this summer, and can’t wait for players to round up their friends for some classic “pick up and slay” action.