By David Smith on April-6-2013 (8 years ago)
The world of Sanctuary, where Diablo is set, has inspired artists both in and outside of Blizzard. Here are a few recent images of a Diablo-themed wall decoration at Blizzard, and a stained glass window set in the Diablo universe.


Vaeflare posted a tweet of an installation on the wall at the Diablo III development area at Blizzard's headquarters in Irvine, California. The text inside the glass states: "IN CASE OF DIABLO BREAK GLASS". Given the "blood" on the wall next to it, apparently someone tried and didn't quite make it, at some point... 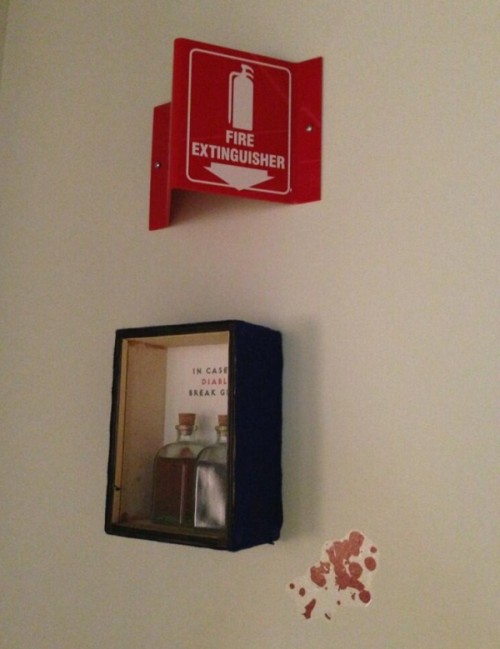 
A lovely set of pictures show a hand-made stained glass window of Tyrael, in his form as the Archangel of Justice. These were posted in a reddit thread, by the brother of the artist. 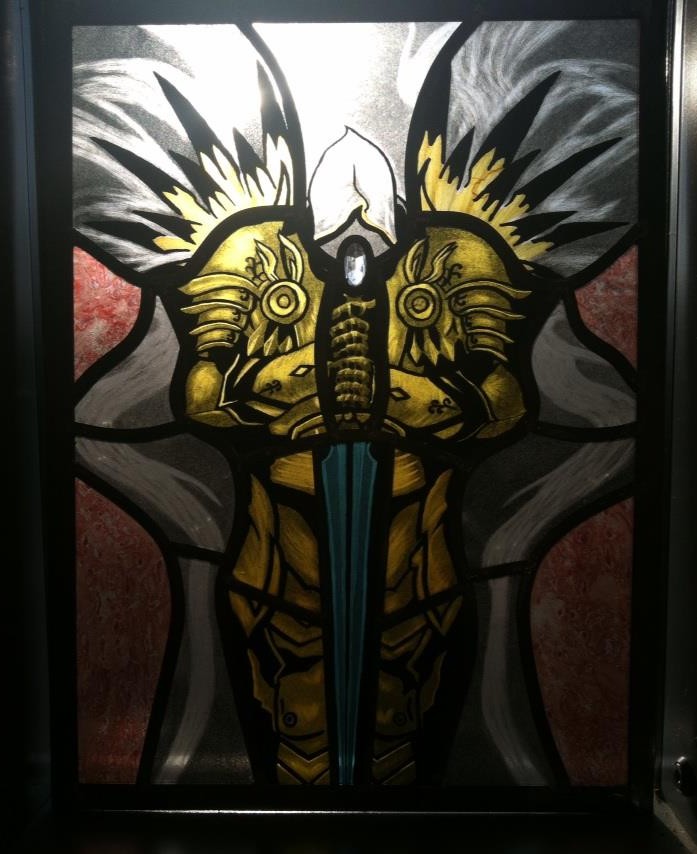 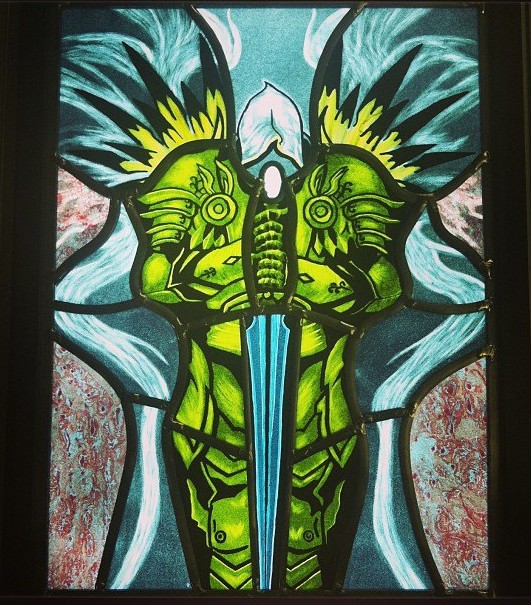 There is a wonderful difference in the display, based on the light shining through the window. For more fan created art inspired by the world of Diablo, see the Fan Creation of the Week: David Lines Cosplay recently featured on battle.net.
Recent News
Diablo III: Ultimate Evil Edition
The console Diablo III edition includes all of the Reaper of Souls content, and special social features!
PlayStation 3