Details on the issue causing massive lag in Maghda's arena, and a temporary fix for it 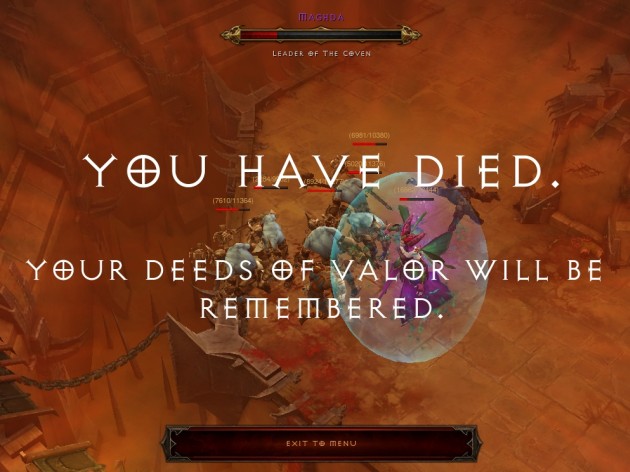 The fight with Maghda in Diablo III is currently bugged, causing dramatic loss in frames per second (FPS) on some computer systems. This can make the fight nearly impossible after a certain length of time, killing the character in the fight. While this is an annoying bug for any Diablo III character to deal with, a death is the permanent end of a hardcore hero. After seeing that issue first-hand, we looked into the problem to find a solution. Jump past the break for the full details, and how to prevent this obnoxious lag in Diablo III.

Killer Lag
The issue shows up when a character enters Maghda's arena, the Lair of the Witch in Alcarnus. Once a character goes into that area, the Diablo III client is spammed by a sound file error over and over. This can eventually slow down the computer that the game is being run on, and cause Diablo III's FPS to drop to nearly nothing. (Note that this happens even if the sound is turned off entirely within the client, so that is not a fix.) This lag happens even if Maghda isn't even in the area, if you go in after the quest to kill Maghda is already completed.

Looking for Lag (in All the Right Places)
Not all computers are affected by this issue, but it's a known issue for many computers running Diablo III, both Macs and PCs. You can see if your computer has the issue and set up the fix for it before you're fighting Maghda. To do this, start up Diablo III and go into Act II, quest 4 or later -- after Maghda is already dead, in the storyline. This will allow you to go into the arena without her being there. Take the waypoint to Road to Alcarnus and head southeast into the town. Go through the town and into the empty Lair of the Witch arena.

Turn on the FPS display in Diablo III with the Control-R key combo. This will display your FPS in the bottom-right of the screen, below the square Social button. When you first enter the arena, FPS should be high for the system, since it's an empty space without Maghda or anyone else. Run around the edge of the arena; before you've made two full laps around it, the FPS may start dropping. Eventually it can drop down into single digit FPS, where it is nearly impossible to reliably fight monsters in the game.

If the FPS doesn't drop after you run a couple times around the arena, then you're in luck, with a system that isn't dramatically affected by the bug. If the FPS does drop, follow the fix below to remove the lag. (Even if you have no FPS drop when running around the arena when it's empty, you may want to use the fix just to make sure your system won't lag out when you actually fight Maghda.)

The Temporary Fix
The underlying problem is that the Diablo III client has a bug involving a sound file generating an error over and over in Maghda's arena, which causes extra unnecessary system strain on some computers. This is dramatically exacerbated by anti-virus software that provides real-time protection; each time the Diablo III client tries to load up that file, the anti-virus software tries to check it, and it ends up overloading the system. This can be fixed on most computer systems that have the issue by disabling the anti-virus software entirely, or by setting it to not check the Diablo III.exe file on a real-time basis. Once that is done, the computer system should not lag and cause the dramatic FPS drop.

On Windows computers a common anti-virus software is the free Microsoft Security Essentials. Here are the steps for the fix for computers which use that anti-virus software, to exclude the Diablo III.exe file from the real-time processes scan. You can do this while Diablo III is already running, and see the change immediately in Maghda's arena. 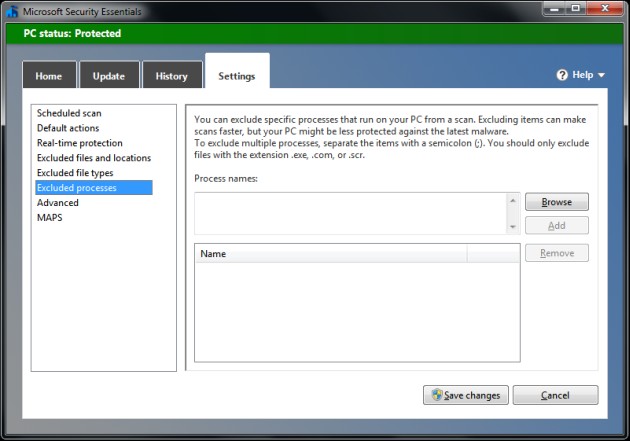 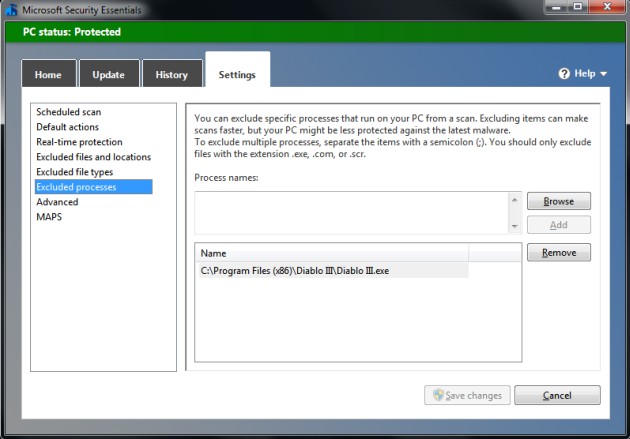 Once that is complete, you should be safe to fight Maghda without getting the massive lag. To test it, go back into Diablo III and into the Lair of the Witch in Alcarnus. You should be able to run around in Maghda's arena without the FPS dropping down to the single digits.

There is no guarantee for any of this and it is completely unsupported. This is just a temporary band-aid, until Blizzard properly fixes the client. Once that fix is done, the Diablo III.exe file can be cleared from the excluded processes list in your anti-virus software.

A Proper Client Fix
This bug has been around since the 1.0.5 patch, when it was found in the Diablo III client. After being reported, it was narrowed down nearly a month ago, and an official response was given from Blizzard:
Post by Blizzard (Blue Tracker, Official Forum)
Hey guys,

Thanks for your reports. This bug actually is not related to your computers, but a bug within the Maghda arena. There is a specific sound file that is producing an error over and over, spamming the client with this error message. This is only happening in the Maghda arena, and will be fixed in an upcoming patch.

I'll update the Known Issues as well now that I know the cause of this.
The issue was added to the Known Issues List, but apparently it was learned about too late to be taken care of in the 1.0.5a patch. It has been verified that it will take a full patch to fix the bug; since it is a problem in the Diablo III client, it cannot be fixed via a hotfix. We may see a patch 1.0.5b that includes fixes like this, or it may have to wait until the next major patch (such as a patch 1.0.6 or the PVP patch of 1.1.)

Unfortunately, that means that this killer bug has been around for over a month, and many players are still unaware of it, or how to fix it. It would be helpful if Blizzard publicized information about the bug more prominently than just the vague details in the known issue list. As it stands, more hardcore characters are likely to be lost in a slow-motion death to Maghda, along with the annoyance of standard softcore characters dying or being lagged dramatically there.

For now, we can apply this temporary fix and let other Diablo III players know about it, until the proper solution arrives!
Recent News
Diablo III: Ultimate Evil Edition
The console Diablo III edition includes all of the Reaper of Souls content, and special social features!
PlayStation 3