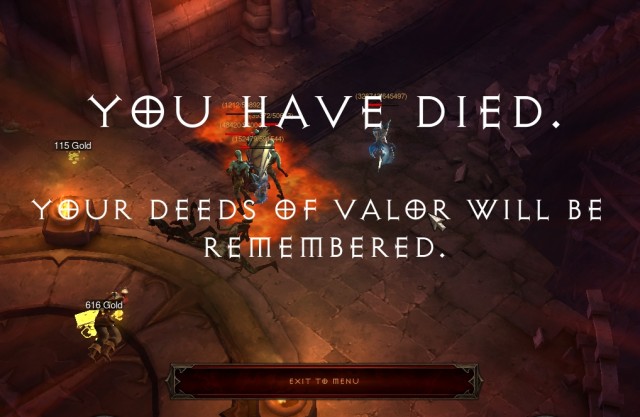 The hardcore mode in Diablo III is fraught with danger and anxiety whenever a difficult monster is found, since a character death in hardcore is final. In the time since Diablo III has been released, many characters of all classes have died in hardcore mode. We have compiled statistics on all those characters into a new section:

Based on these statistics, the Witch Doctor and Monk classes are the most durable. Those classes have fewer characters who die relative to their total representation among hardcore characters, compared to the other classes. The Barbarian class is the most played hardcore class, followed by the Monk class, easily beating the three ranged DPS classes.

These charts are updated daily, so if the amount of characters in each class who die changes dramatically over the life of Diablo III, that will be reflected in the updated charts.


The Hardcore Death Statistics charts are listed in the new Charts and Guides page. That page will expand over time, as we add more guides and interesting charts from Diablo III!
Recent News
Hot Topics