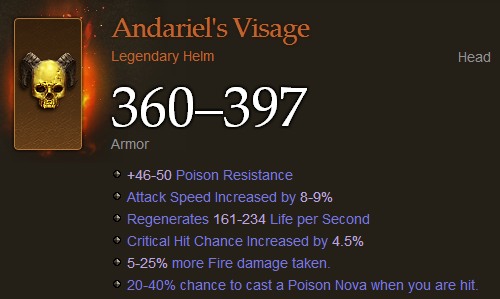 With the changes in patch 1.0.4 to legendary and set items, they have become even more popular as a gearing option. The Most Popular Legendary and Set Items charts were updated today with new data, to show even more clearly which legendaries are being used the most.

There are now two sets of charts to view:
With these charts it is now possible to compare equipment worn by all the level 60 characters, and the items used by the smaller group of characters who have achieved 50+ Paragon Levels. The masses buy many different legendaries, including less expensive options, while the Paragon Level 50+ group focuses more on fewer, more powerful legendary and set items.


See the Most Popular Legendary and Set Items charts for all the info!

Those charts are all updated daily, and will change over time as the usage of specific legendary and set items shifts. Patch 1.0.5 will bring more difficult content with the Monster Power system, so we may see the gear choices change as well.
Recent News
Hot Topics