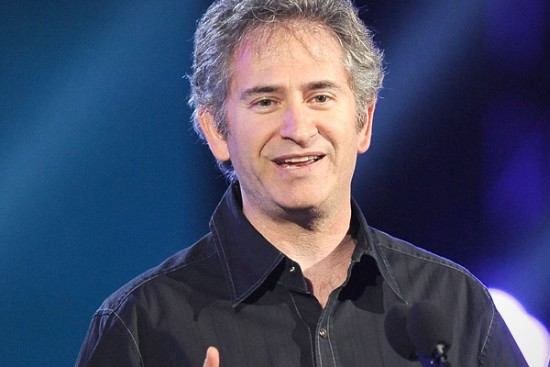 The release of the Mists of Pandaria expansion to World of Warcraft had many of the Blizzard executives giving wide ranging interviews. In interviews by gameindustry.biz and VentureBeat, Blizzard CEO Michael Morhaime gave thoughts about the entire range of Blizzard products, including Diablo III.

Some excerpts regarding the difficult release of Diablo III:


GamesBeat: Given the issues and drama surrounding Diablo III’s launch, what reassurance do players have that the next time they buy a Blizzard game, they’ll be able to play what they paid for?

Morhaime: Well, Diablo III went from no players to over 10 million in a very short period of time. It’s really difficult to predict that type of response. I’m really not aware of any other website or service that has. I’m sure people will point something out if I put out the challenge. But it’s a really difficult thing to do. When you launch a game, you really don’t know how many people are going to show up. You don’t know how quickly they’ll want to come in to the game. I think, to the team’s credit — this often doesn’t get pointed out — but we were able to recover from the initial launch within a couple of weeks, which is way faster than we were able to recover when we initially launched World of Warcraft.


Can you lay out what’s entailed in launching a game? Especially with server stress tests and knowing what the preorder numbers are and such, why are there still issues?

Morhaime: It’s very difficult to simulate load without the players coming in and actually doing the things that players will do. We run tests. We run betas. With Diablo III, we ran a completely open beta where we tried to get as many people to log in and play our beta version as we could. That didn’t even come anywhere near close to the demand that hit us during that first week. The things that happen when you experience that kind of load, it exposes scalability issues that just don’t come out during test. We were lucky. We did find some of those issues during the open beta. But then other issues happened. The other thing that really killed us during the Diablo III tests is that we didn’t forecast 10 million unit sales that quickly. That exceeded our full year forecast for Diablo III. We were just off by a really large margin. And so we had to expand our server infrastructure. We had to buy additional hardware. We were really scrambling in the beginning.